Murder in the Bookshop by Carolyn Wells Book Summary

Book 50 in the Detective Club Crime Classics series is Carolyn Wells’ Murder in the Bookshop, a classic locked room murder mystery which will have a special resonance for lovers and collectors of Golden Age detective fiction. Includes a bonus murder story: ‘The Shakespeare Title-Page Mystery’.

When Philip Balfour is found murdered in a New York bookstore, the number one suspect is his librarian, a man who has coveted Balfour’s widow. But when the police discover that a book worth $100,000 is missing, detective Fleming Stone realises that some people covet rare volumes even more highly than other men’s wives, and embarks on one of his most dangerous investigations.

A successful poet and children’s author, Carolyn Wells discovered mystery fiction in her forties and went on to become one of America’s most popular Golden Age writers. Penning 82 detective novels between 1909 and her death in 1942, she was mourned in 1968 by the great John Dickson Carr as one of mystery fiction’s ‘lost ladies now well lost’, and remains undeservedly neglected 50 years later. Murder in the Bookshop is a story laced with criminality, locked rooms and bookish intricacies that any bibliophile will find irresistible.

This Detective Club hardback is introduced by award-winning writer and authority on Golden Age detective fiction, Curtis Evans, and includes ‘The Shakespeare Title-Page Mystery’, a murderous tale of literary shenanigans that was one of the last pieces of detective fiction which Carolyn Wells ever published.

‘The detective story must seem real, in the sense that fairy tales seem real to children.’ Carolyn Wells

‘A vintage murder mystery from a popular and prolific crime writer.’ GADetection.com

Carolyn Wells (1870-1942) was an American parodist and anthologist. Born in Rahway, New Jersey, and nearly deaf from the age of six, Wells became a librarian and later in life married Hadwin Houghton (son of publisher Bernard Houghton of Houghton Mifflin). She collected anthologies of nonsense and wrote several Sherlock Holmes parodies. Wells wrote 82 mystery novels, most featuring the bookish detective Fleming Stone, the first of which, The Clue (1909) is on the Haycraft-Queen Cornerstone List of essential mysteries. She also wrote a non-fiction instructional work, The Technique of the Mystery Story (1913).

Murder in the Bookshop by Carolyn Wells Book Reviews

Life and career[edit] Born in Rahway, New Jersey, she was the daughter of William E. and Anna Wells. After finishing school she worked as a librarian for the Rahway Library Association. Her first book, At the Sign of the Sphinx (1896), was a collection of literary charades. Her next publications were The Jingle Book and The Story of Betty (1899), followed by a book of verse entitled Idle Idyls (1900). After 1900, Wells wrote numerous novels and collections of poetry. Carolyn Wells wrote a total 170 books. During the first ten years of her career, she concentrated on poetry, humor, and children's books. According to her autobiography, The Rest of My Life (1937), she heard That Affair Next Door (1897), one of Anna Katharine Green's mystery novels, being read aloud and was immediately captivated by the unraveling of the puzzle. From that point onward she devoted herself to the mystery genre. Among the most famous of her mystery novels were the Fleming Stone Detective Stories which—accordi...

● If you want to link to Murder in the Bookshop book page, please use the codes provided below!
L
C 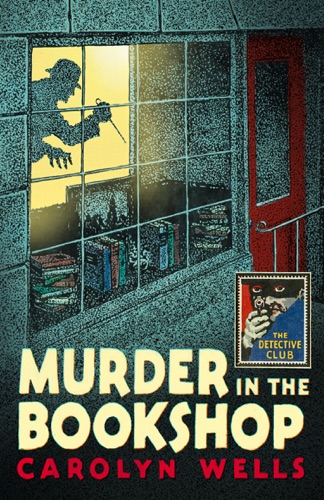