Hungarian Mail was founded in 1867 and in 1871 were already introduced the stamps. Today, the Magyar Posta (Hungarian Post) is a public company based in Budapest. The Hungarian postal codes consist of four digits. The first two digits indicate the region, starting with 10 in the capital Budapest. The last two digits represent the countries, cities or districts. Hungary post codes vary in each administrative section. In Hungary order for the shipments to be delivered to the correct place on time, it is necessary to make sure that these codes are correct. This is an online tool to search postal code of a place, address or city in Hungary.

Hungary is a country found in Europe. It is located 47 latitude and 20 longitude and Here’s a map showing Hungary and nearby countries.

Hungary (Hungarian: Magyarország [ˈmɒɟɒrorsaːɡ] (listen)) is a landlocked country in Central Europe. Spanning 93,030 square kilometres (35,920 sq mi) of the Carpathian Basin, it is bordered by Slovakia to the north, Ukraine to the northeast, Romania to the east and southeast, Serbia to the south, Croatia and Slovenia to the southwest, and Austria to the west. Hungary has a population of nearly 10 million, mostly ethnic Hungarians and a significant Romani minority. Hungarian, the official language, is the world's most widely spoken Uralic language and among the few non-Indo-European languages widely spoken in Europe. Budapest is the country's capital and largest city; other major urban areas .. 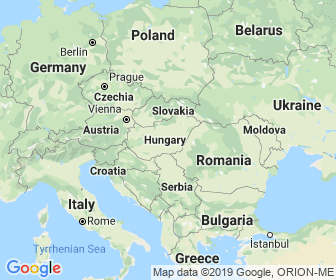