In Brazil the ZIP code is called Código de Endereçamento Postal, in brief CEP. In 1971 the five-digit postal code has been introduced. In the beginning 90s, it has been expanded to eight characters. Whereas the first five ciphers indicate regions and sectors, in general the last three stand for streets. In rural areas with smaller localities, the last three ciphers are not specified and only shown as “000”. If the last three ciphers are higher than 899, with a high probability an exact address is indicated. Brazil post codes vary in each administrative section. In Brazil order for the shipments to be delivered to the correct place on time, it is necessary to make sure that these codes are correct. This is an online tool to search postal code of a place, address or city in Brazil.

Brazil is a country found in Americas. It is located -10 latitude and -55 longitude and Here’s a map showing Brazil and nearby countries. 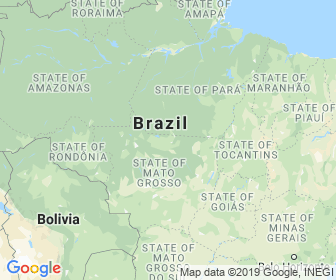