Ireland post codes vary in each administrative section. In Ireland order for the shipments to be delivered to the correct place on time, it is necessary to make sure that these codes are correct. This is an online tool to search postal code of a place, address or city in Ireland.

Ireland is a country found in Europe. It is located 53 latitude and -8 longitude and Here’s a map showing Ireland and nearby countries.

Ireland ( (listen) IRE-lənd; Irish: Éire [ˈeːɾʲə] (listen); Ulster-Scots: Airlann [ˈɑːrlən]) is an island in the North Atlantic Ocean, in north-western Europe. It is separated from Great Britain to its east by the North Channel, the Irish Sea, and St George's Channel. Ireland is the second-largest island of the British Isles, the third-largest in Europe, and the twentieth-largest on Earth.Geopolitically, Ireland is divided between the Republic of Ireland (officially named Ireland), which covers five-sixths of the island, and Northern Ireland, which is part of the United Kingdom. As of 2022, the population of the entire island is just over 7 million, with 5.1 million living in the Republic of.. 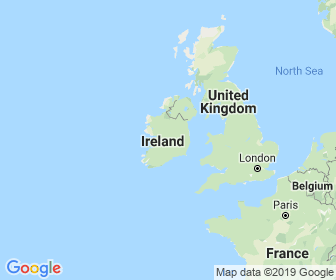