Japan post codes vary in each administrative section. In Japan order for the shipments to be delivered to the correct place on time, it is necessary to make sure that these codes are correct. This is an online tool to search postal code of a place, address or city in Japan.

Japan is a country found in Asia. It is located 36 latitude and 138 longitude and Here’s a map showing Japan and nearby countries.

Japan (Japanese: 日本, Nippon or Nihon, and formally 日本国) is an island country in East Asia. It is situated in the northwest Pacific Ocean, and is bordered on the west by the Sea of Japan, while extending from the Sea of Okhotsk in the north toward the East China Sea and Taiwan in the south. Japan is a part of the Ring of Fire, and spans an archipelago of 6852 islands covering 377,975 square kilometers (145,937 sq mi); the five main islands are Hokkaido, Honshu (the "mainland"), Shikoku, Kyushu, and Okinawa. Tokyo is the nation's capital and largest city; other major cities include Yokohama, Osaka, Nagoya, Sapporo, Fukuoka, Kobe, and Kyoto. Japan is the eleventh-most populous country in the wo.. 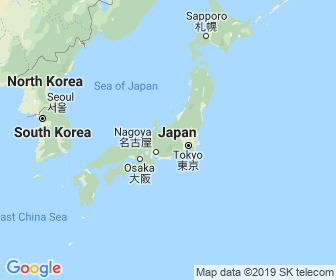