The Thai postal codes consist of five digits. The first two characters indicate the province, as for example in the case of Changwat. The last three digits instead define the individual districts of the province. They include different locations, all of which have the same zip code. Thailand post codes vary in each administrative section. In Thailand order for the shipments to be delivered to the correct place on time, it is necessary to make sure that these codes are correct. This is an online tool to search postal code of a place, address or city in Thailand.

Thailand is a country found in Asia. It is located 15 latitude and 100 longitude and Here’s a map showing Thailand and nearby countries.

Thailand ( TY-land, TY-lənd), historically known as Siam () and officially the Kingdom of Thailand, is a country in Southeast Asia, located at the centre of Mainland Southeast Asia, spanning 513,120 square kilometres (198,120 sq mi), with a population of almost 70 million. The country is bordered to the north by Myanmar and Laos, to the east by Laos and Cambodia, to the south by the Gulf of Thailand and Malaysia, and to the west by the Andaman Sea and the extremity of Myanmar. Thailand also shares maritime borders with Vietnam to the southeast, and Indonesia and India to the southwest. Thailand has experienced multiple coups and military dictatorships. Since 2019, it has been nominally a par.. 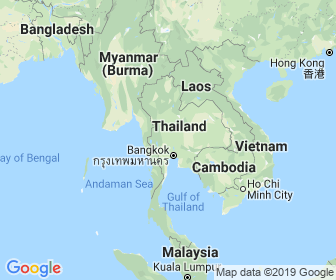