The 'Sri Lanka Post' is in charge of the postal service and is administered by the state, submitted to the Ministry of Telecommunication and Post. Sri Lanka Post has more than 17,000 employees, which are divided into nearly 5,000 post offices. Although the post has introduced official ZIP codes in 1997, not all of them are accustomed to be used. New postal codes are composed of a five digit numeric code. While the first two digits generally indicate the district, the last digits refer to further subdivisions as post offices. Exceptions are Columbus, which is divided into 15 urban areas. These divisions have been integrated into today's ZIP code (001xx to 015xx). Sri Lanka post codes vary in each administrative section. In Sri Lanka order for the shipments to be delivered to the correct place on time, it is necessary to make sure that these codes are correct. This is an online tool to search postal code of a place, address or city in Sri Lanka.

Sri Lanka is a country found in Asia. It is located 7 latitude and 81 longitude and Here’s a map showing Sri Lanka and nearby countries.

Sri Lanka (UK: , US: (listen); Sinhala: ශ්‍රී ලංකාව, romanized: Śrī Laṅkā (IPA: [ʃriː laŋkaː]); Tamil: இலங்கை, romanized: Ilaṅkai (IPA: [ilaŋɡaj])), formerly known as Ceylon, and officially the Democratic Socialist Republic of Sri Lanka, is an island country in South Asia. It lies in the Indian Ocean, southwest of the Bay of Bengal, and southeast of the Arabian Sea; it is separated from the Indian subcontinent by the Gulf of Mannar and the Palk Strait. Sri Lanka shares a maritime border with India and the Maldives. Sri Jayawardenepura Kotte is its legislative capital, and Colombo is its largest city and financial centre. Sri Lanka's documented history goes back 3,000 years, with evidence of.. 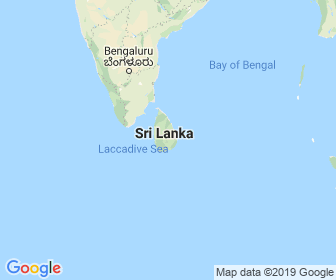