Slovakian postal codes were introduced in 1973 in Czechoslovakia and are valid still today. The first digit of the postal code system corresponds to the old borders of Czechoslovakia in 1960. In Slovakia, the postal code is called Poštovní směrovací číslo and Poštové smerovacie číslo in Slovenian. They are managed by Česká pošta and Slovenská pošta and consist of five digits as xxx yy. The first two numbers represent the geographical division. The postal codes start with a digit to define the area more to the west of the country and then go crescendo towards the east of the country. Slovakia post codes vary in each administrative section. In Slovakia order for the shipments to be delivered to the correct place on time, it is necessary to make sure that these codes are correct. This is an online tool to search postal code of a place, address or city in Slovakia.

Slovakia is a country found in Europe. It is located 48.66666666 latitude and 19.5 longitude and Here’s a map showing Slovakia and nearby countries.

Slovakia ( (listen); Slovak: Slovensko [ˈslɔʋenskɔ] (listen)), officially the Slovak Republic (Slovak: Slovenská republika [ˈslɔʋenskaː ˈrepublika] (listen)), is a landlocked country in Central Europe. It is bordered by Poland to the north, Ukraine to the east, Hungary to the south, Austria to the southwest, and the Czech Republic to the northwest. Slovakia's mostly mountainous territory spans about 49,000 square kilometres (19,000 sq mi), with a population of over 5.4 million. The capital and largest city is Bratislava, while the second largest city is Košice. The Slavs arrived in the territory of present-day Slovakia in the fifth and sixth centuries. In the seventh century, they played a s.. 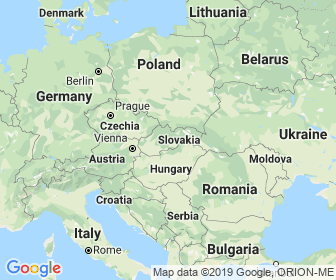