Poland post codes vary in each administrative section. In Poland order for the shipments to be delivered to the correct place on time, it is necessary to make sure that these codes are correct. This is an online tool to search postal code of a place, address or city in Poland.

Poland is a country found in Europe. It is located 52 latitude and 20 longitude and Here’s a map showing Poland and nearby countries.

Poland, officially the Republic of Poland, is a country in Central Europe. It is divided into 16 administrative provinces called voivodeships, covering an area of 312,696 km2 (120,733 sq mi). Poland has a population of over 38 million and is the fifth-most populous member state of the European Union. Warsaw is the nation's capital and largest metropolis. Other major cities include Kraków, Łódź, Wrocław, Poznań, Gdańsk, and Szczecin. Poland's territory extends from the Baltic Sea in the north to the Sudeten and Carpathian Mountains in the south. The country is bordered by Lithuania and Russia to the northeast, Belarus and Ukraine to the east, Slovakia and the Czech Republic to the south, and.. 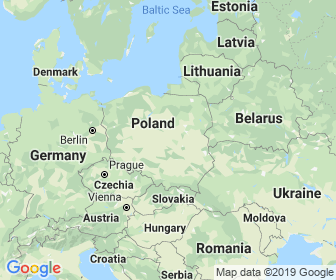