The postal code system was introduced in Pakistan in 1988 to deliver a faster and better postal service. Pakistan's ZIP code consists of a five-digit numeric code, which is associated with their postal centers. Pakistan is divided into four provinces: Belucistan, Khyber Pakhtunkhwa, Punjab and Sindh; It is also part of the country Islamabad besides the tribal areas under federal administration, although above all these bordering parts of Afghanistan are partially controlled by al-Qaeda or the Pakistani Taliban. The first two digits of the ZIP code refer to the respective province, the following three digits to the district or to the associated post office. Pakistan post codes vary in each administrative section. In Pakistan order for the shipments to be delivered to the correct place on time, it is necessary to make sure that these codes are correct. This is an online tool to search postal code of a place, address or city in Pakistan.

Pakistan is a country found in Asia. It is located 30 latitude and 70 longitude and Here’s a map showing Pakistan and nearby countries.

Pakistan, officially the Islamic Republic of Pakistan, is a country in South Asia. It is the world's fifth-most populous country, with a population of almost 242 million, and has the world's second-largest Muslim population. Pakistan is the 33rd-largest country by area, spanning 881,913 square kilometres (340,509 square miles). It has a 1,046-kilometre (650-mile) coastline along the Arabian Sea and Gulf of Oman in the south, and is bordered by India to the east, Afghanistan to the west, Iran to the southwest, and China to the northeast. It is separated narrowly from Tajikistan by Afghanistan's Wakhan Corridor in the north, and also shares a maritime border with Oman. Pakistan is the site of .. 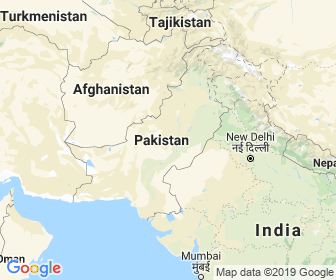