Luxembourg’s postal codes consist of four digits. The first number defines the region, but not according to the political division of the country. The numbers one and two are used for the capital of Luxembourg, the areas that are located to the south of the capital having assigned the number three, the zones around Esch are defined with the digi four, and with five: areas in the southeast of the country. Six is used for the north-east of the country, seven for the north of the capital, eight on the western part of the country and nine defines the areas in the north. Small countries have only a postal code instead of the big cities that have a zip code for each street. Major customers such as large companies, have their own postcodes. The postal code of the city of Luxembourg is included between 1009 and 2999. If you are looking for a specific postal code, we recommend you to use our search for the ZIP codes. Luxembourg post codes vary in each administrative section. In Luxembourg order for the shipments to be delivered to the correct place on time, it is necessary to make sure that these codes are correct. This is an online tool to search postal code of a place, address or city in Luxembourg.

Luxembourg is a country found in Europe. It is located 49.75 latitude and 6.16666666 longitude and Here’s a map showing Luxembourg and nearby countries.

Luxembourg ( (listen) LUK-səm-burg; Luxembourgish: Lëtzebuerg [ˈlətsəbuəɕ] (listen); French: Luxembourg; German: Luxemburg), officially the Grand Duchy of Luxembourg, is a landlocked country in Western Europe. It borders Belgium to the west and north, Germany to the east, and France to the south. Its capital and most populous city, Luxembourg, is one of the four institutional seats of the European Union (together with Brussels, Frankfurt, and Strasbourg) and the seat of several EU agencies, notably the Court of Justice of the European Union, the highest judicial authority. Luxembourg's culture, people, and languages are highly intertwined with its French and German neighbors; while Luxembour.. 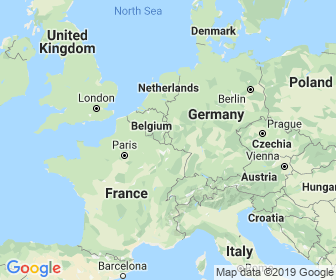