Lithuania post codes vary in each administrative section. In Lithuania order for the shipments to be delivered to the correct place on time, it is necessary to make sure that these codes are correct. This is an online tool to search postal code of a place, address or city in Lithuania.

Lithuania is a country found in Europe. It is located 56 latitude and 24 longitude and Here’s a map showing Lithuania and nearby countries.

Lithuania ( (listen); Lithuanian: Lietuva [lʲɪɛtʊˈvɐ]), officially the Republic of Lithuania (Lithuanian: Lietuvos Respublika), is a country in the Baltic region of Europe. It is one of three Baltic states and lies on the eastern shore of the Baltic Sea. Lithuania shares land borders with Latvia to the north, Belarus to the east and south, Poland to the south, and Kaliningrad Oblast of Russia to the southwest. Lithuania covers an area of 65,300 km2 (25,200 sq mi), with a population of 2.8 million. Its capital and largest city is Vilnius; other major cities are Kaunas and Klaipėda. Lithuanians belong to the ethno-linguistic group of the Balts and speak Lithuanian, one of only a few living Bal.. 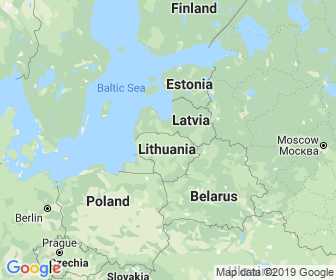