In Germany, postcodes were introduced in 1941. Originally, they were composed of two digits and were used for parcel and packet services. Independent postal code system was developed in 1962 and 1965 in the Federal Republic in the GDR. Only in 1993, the two systems were connected to form a single, uniform system and so the five-digit ZIP code was introduced. This represents the first data on the postal codes for cities and villages. The first digit of the CAP defines the German zone and the second number represents the region. These two numbers are also mentioned as a postal region. In a routing region there are 20-200 numbers distributed for the conductive areas, which are in turn assigned to each municipality. Germany post codes vary in each administrative section. In Germany order for the shipments to be delivered to the correct place on time, it is necessary to make sure that these codes are correct. This is an online tool to search postal code of a place, address or city in Germany.

Germany is a country found in Europe. It is located 51 latitude and 9 longitude and Here’s a map showing Germany and nearby countries.

Germany (German: Deutschland, pronounced [ˈdɔʏtʃlant] (listen)), officially the Federal Republic of Germany, is a country in Central Europe. It is the second most populous country in Europe after Russia, and the most populous member state of the European Union. Germany is situated between the Baltic and North seas to the north, and the Alps to the south; it covers an area of 357,022 square kilometres (137,847 sq mi), with a population of almost 84 million within its 16 constituent states. Germany borders Denmark to the north, Poland and the Czech Republic to the east, Austria and Switzerland to the south, and France, Luxembourg, Belgium, and the Netherlands to the west. The nation's capital .. 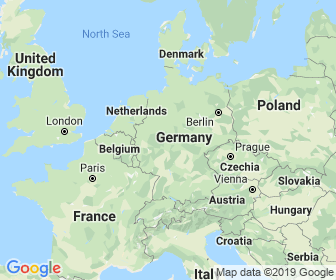