On 1st January 1965 in France there were introduced the postal codes for the first time. These zip codes originally consisted of two digits. At the time, this postal codes ranged from 01 to 95. In the same year, postal codes of the French telegraphic administration were fully completed. Since then, there is a two-digit number postal code, which will be added to the first three letters of the station, such as Marseille: 13 mar. France post codes vary in each administrative section. In France order for the shipments to be delivered to the correct place on time, it is necessary to make sure that these codes are correct. This is an online tool to search postal code of a place, address or city in France.

France is a country found in Europe. It is located 46 latitude and 2 longitude and Here’s a map showing France and nearby countries. 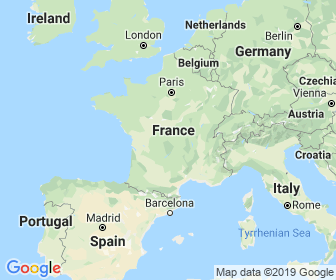