The Finnish postal system was established in the 17th century by Count Per Brahe the Younger. Unlike other countries, the Finnish postal service has always been open to the public from the beginning. The first postal communications were established in 1638 between the capital of Stockholm and Turku. Initially, the letters and parcels were delivered by postal sailboat racers. When Finland was part of the Russian Empire, in May 1981, the Russian stamps were introduced in the country. The Finnish stamps were still valid for one year. With the introduction of the euro in 2002, all the stamps issued previously were no longer valid. On Finnish stamps is not printed a value in euro, but only the transport category. Finland post codes vary in each administrative section. In Finland order for the shipments to be delivered to the correct place on time, it is necessary to make sure that these codes are correct. This is an online tool to search postal code of a place, address or city in Finland.

Finland is a country found in Europe. It is located 64 latitude and 26 longitude and Here’s a map showing Finland and nearby countries.

Finland (Finnish: Suomi [ˈsuo̯mi] (listen); Swedish: Finland [ˈfɪ̌nland] (listen)), officially the Republic of Finland (Finnish: Suomen tasavalta; Swedish: Republiken Finland (listen to all)), is a Nordic country in Northern Europe. It shares land borders with Sweden to the northwest, Norway to the north, and Russia to the east, with the Gulf of Bothnia to the west and the Gulf of Finland across Estonia to the south. Finland covers an area of 338,455 square kilometres (130,678 sq mi) with a population of 5.6 million. Helsinki is the capital and largest city, forming a larger metropolitan area with the neighbouring cities of Espoo, Kauniainen, and Vantaa. The vast majority of the population a.. 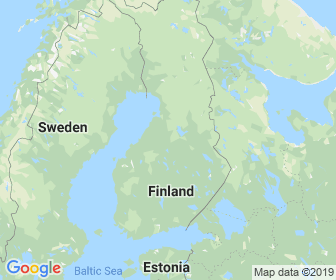