Estonia post codes vary in each administrative section. In Estonia order for the shipments to be delivered to the correct place on time, it is necessary to make sure that these codes are correct. This is an online tool to search postal code of a place, address or city in Estonia.

Estonia is a country found in Europe. It is located 59 latitude and 26 longitude and Here’s a map showing Estonia and nearby countries.

Estonia (Estonian: Eesti [ˈeːsʲti] (listen)), officially the Republic of Estonia (Estonian: Eesti Vabariik), is a country in northern Europe. It is bordered to the north by the Gulf of Finland across from Finland, to the west by the Baltic Sea across from Sweden, to the south by Latvia, and to the east by Lake Peipus and Russia. The territory of Estonia consists of the mainland, the larger islands of Saaremaa and Hiiumaa, and over 2,200 other islands and islets on the eastern coast of the Baltic Sea, covering a total area of 47 549 KM². The capital city Tallinn and Tartu are the two largest urban areas of the country. The Estonian language is the autochthonous and the official language of Es.. 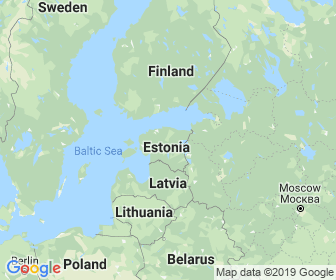