Postal codes of Croatia consist of five digits. Currently, in Croatia there are 6998 zones with CAP. Large cities, such as Zagreb, have many CAP for each district. On the other hand, many small towns share a single postal code. Croatia post codes vary in each administrative section. In Croatia order for the shipments to be delivered to the correct place on time, it is necessary to make sure that these codes are correct. This is an online tool to search postal code of a place, address or city in Croatia.

Croatia is a country found in Europe. It is located 45.16666666 latitude and 15.5 longitude and Here’s a map showing Croatia and nearby countries.

Croatia ( (listen), kroh-AY-shə; Croatian: Hrvatska, pronounced [xř̩ʋaːtskaː]), officially the Republic of Croatia (Croatian: Republika Hrvatska, (listen)), is a country at the crossroads of Central and Southeast Europe. It shares a coastline along the Adriatic Sea. It borders Slovenia to the northwest, Hungary to the northeast, Serbia to the east, Bosnia and Herzegovina and Montenegro to the southeast, and shares a maritime border with Italy to the west and southwest. Croatia's capital and largest city, Zagreb, forms one of the country's primary subdivisions, with twenty counties. The country spans an area of 56,594 square kilometres (21,851 square miles), hosting a population of nearly 3.9.. 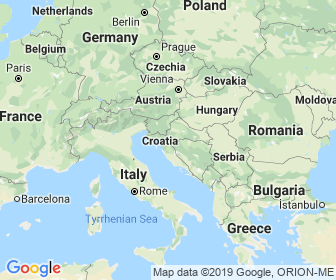