In their ZIP System Bulgarians use a four-digit ZIP code. In the Bulgarian ZIP code (in Bulgarian: Пощенски код or abbreviated п.к.) there are no spaces or separators. The first two digits indicate the area or certain areas, the last two the town. Bulgaria post codes vary in each administrative section. In Bulgaria order for the shipments to be delivered to the correct place on time, it is necessary to make sure that these codes are correct. This is an online tool to search postal code of a place, address or city in Bulgaria.

Bulgaria is a country found in Europe. It is located 43 latitude and 25 longitude and Here’s a map showing Bulgaria and nearby countries.

Bulgaria ( (listen); Bulgarian: България, romanized: Bǎlgariya), officially the Republic of Bulgaria, is a country in Southeast Europe. It is situated on the eastern flank of the Balkans, and is bordered by Romania to the north, Serbia and North Macedonia to the west, Greece and Turkey to the south, and the Black Sea to the east. Bulgaria covers a territory of 110,994 square kilometres (42,855 sq mi), and is the sixteenth-largest country in Europe. Sofia is the nation's capital and largest city; other major cities are Plovdiv, Varna and Burgas. One of the earliest societies in the lands of modern-day Bulgaria was the Neolithic Karanovo culture, which dates back to 6,500 BC. In the 6th to 3rd.. 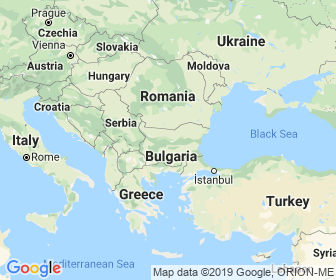