Belarus post codes vary in each administrative section. In Belarus order for the shipments to be delivered to the correct place on time, it is necessary to make sure that these codes are correct. This is an online tool to search postal code of a place, address or city in Belarus.

Belarus is a country found in Europe. It is located 53 latitude and 28 longitude and Here’s a map showing Belarus and nearby countries.

Belarus, officially the Republic of Belarus, is a landlocked country in Eastern Europe. It is bordered by Russia to the east and northeast, Ukraine to the south, Poland to the west, and Lithuania and Latvia to the northwest. Covering an area of 207,600 square kilometres (80,200 sq mi) and with a population of 9.2 million, Belarus is the 13th-largest and the 20th-most populous country in Europe. The country is administratively divided into seven regions. Minsk is the capital and largest city. Until the 20th century, different states at various times controlled the lands of modern-day Belarus, including Kievan Rus', the Principality of Polotsk, the Grand Duchy of Lithuania, the Polish–Lithuani.. 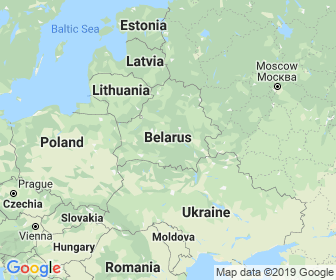