Austria has a system of postal codes since 1941. Postal codes have already been used at the beginning of the German Reich: 12a code was used for the Reichsgau Eastern Alps and the Danube (Vienna, Lower Danube, Styria) and 12b for the Alps and Reichsgau Danube West (Carinthia, Salzburg, Tyrol, Vorarlberg). Austria post codes vary in each administrative section. In Austria order for the shipments to be delivered to the correct place on time, it is necessary to make sure that these codes are correct. This is an online tool to search postal code of a place, address or city in Austria.

Austria, officially the Republic of Austria, is a landlocked country in the southern part of Central Europe, situated at Eastern Alps. It is a federation of nine states, one of which is the capital Vienna, the largest city and state by population. The country is bordered by Germany to the northwest, the Czech Republic to the north, Slovakia to the northeast, Hungary to the east, Slovenia and Italy to the south, and Switzerland and Liechtenstein to the west. It occupies an area of 83,879 km2 (32,386 sq mi) and has a population of 9 million people.Austria emerged from the remnants of the Eastern and Hungarian March at the end of the first millennium. Originally a margraviate of Bavaria, it lat.. 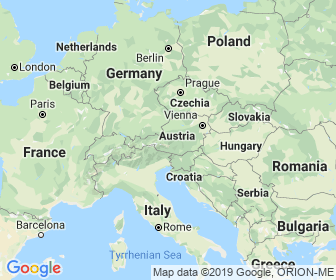