Some secrets are too sinful to tell.

The Lady's Sinful Secret: More years ago than she cares to count, Lady Gloria Sheridan, Dowager Countess of Blackbourne, was forced to give up the man she loved to marry a man she despised. Now, over a year since her husband's death, Gloria finds herself at odds – free at last, but alone and unfulfilled. The secret she holds close to her heart, haunts her still. Torn between her past and an empty future, Gloria sees no happy ending in sight. That is, until the man she once loved returns. But will revealing her secret destroy her second chance at happiness?

Betrayed by the woman he loved, Sir Arran Sutherland never intended to come home again. Military life and war seem preferable. But a family tragedy leaves him no choice. He must return to assume the role as patriarch of the family and estate--an estate that borders the lands of the woman who rejected him all those years ago. There, Arran cannot seem to avoid the woman he calls Glory. Worse still, he isn't sure he wants to. But theirs is a past filled with secrets and regrets and all too quickly he finds himself at war once again, though this time the battle is between what he believes and what truly is.

● If you want to link to The Lady's Sinful Secret book page, please use the codes provided below!
L
C 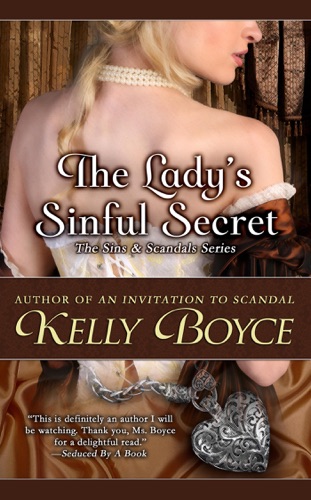