The Secret Adversary is a work of detective fiction by Agatha Christie and first published in the United Kingdom by The Bodley Head in January 1922 and in the United States by Dodd, Mead and Company later in that same year. The UK edition retailed at seven shillings and sixpence (7/6) and the US edition at $1.75. The book introduces the characters of Tommy and Tuppence who feature in three other Christie books and one collection of short stories written throughout her writing career.

Great read! The characters are lively, comical, and vivid. The different personalities of all characters was so entertaining. Many suspenseful moments! I gasping and too anxious to continue at certain points. Great book of course Agatha ❤️

The book was good It had a lot of details and allowed the reader to imagine being in those days. It was descriptive and exciting at times. It had mystery and suspense and it took you to the place as you read. Well written.

jcar5 - Not one of her best

Early Agatha I think I found this weak plotted. Almost didn’t finish it 3-4 times. Her later been books are much better written/developed than this one. I’d pick another Agatha

This was an enjoyable read with a great twist in the end. My criticism on this edition of the book is that important plot points are WRITTEN IN ALL CAPS, which can be very distracting and corny.

It was a good story with lots of suspense, witty repartee between Thomas and Tuppance, and many surprises. I enjoyed it very much.

She never disappoints. Whenever I want a good mystery novel, I can always open an Agatha Christie’s.

as should be expected from an agatha christie novel, the mystery is engaging. my main source of enjoyment from this book came from the characters, however. tommy and tuppence (in this book anyway) are a couple of young, vibrant twenty-something pals in need of money who re-meet each other in the middle of a crowded public area (i can't remember if it was the street or a subway stairway). they stumble into the mystery-solving business accidentally while looking for easy ways to make cash, and i have to say they are charming, hilarious, and adorable. they're very keen on the idea of being "real" detectives, most of their romantic notions about it coming from films and popular novels. they tease each other a lot and call each other "old thing" or "old bean" interchangeably despite being very young in this book. they are without a doubt one of my favorite literary pairings!

This book is dated and done well. I felt all the expressions made the book seem to be written in the time that it was set. Very well done.

This was a very engaging book, I enjoyed reading it, and trying to figure out things from the start. I like the fact that it wasn't full of swearing or sex which I feel can ruin a book. How often I have had to toss them because of this.

This was a great read. I was sure I had the bad guy figured out and then got thrown for a loop. It was hard to put down!

I have been an Agatha Christie fan for years but somehow didn't remember this one. So glad I found it. It is one of her best!

Good read, the suspense of the twists and turns in the plot made this a real "page turner"! Agatha Christy has done it again!

Dame Agatha Mary Clarissa Christie, Lady Mallowan, (née Miller; 15 September 1890 – 12 January 1976) was an English writer known for her 66 detective novels and 14 short story collections, particularly those revolving around fictional detectives Hercule Poirot and Miss Marple. She also wrote the world's longest-running play, the murder mystery The Mousetrap, which has been performed in the West End since 1952. A writer during the "Golden Age of Detective Fiction", Christie has been called the "Queen of Crime". She also wrote six novels under the pseudonym Mary Westmacott. In 1971, she was made a Dame (DBE) by Queen Elizabeth II for her contributions to literature. Guinness World Records lists Christie as the best-selling fiction writer of all time, her novels having sold more than two billion copies. Christie was born into a wealthy upper middle class family in Torquay, Devon, and was largely home-schooled. She was initially an unsuccessful writer with six consecutive rejections, ....

● If you want to link to The Secret Adversary book page, please use the codes provided below!
L
C 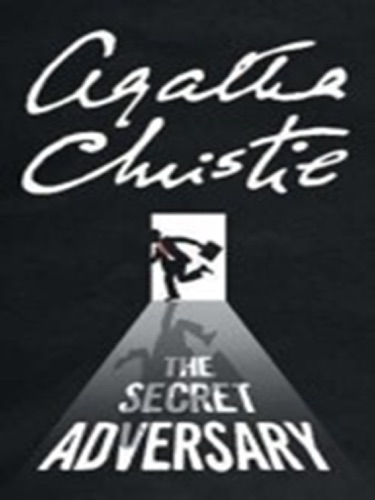