Everything was a lie, fake, a façade of beauty to cover the ugly truth.

Sloane Ellis has a secret—actually, she has many. Working in a sex club wasn't part of her life plan, yet neither was her best friend vanishing without a trace. The club and her missing friend go hand and hand. One secret leads to another until the lies pile up. After months of working in the club her friend frequented, Sloane's no closer to finding answers, the police have no leads, and time is quickly running out. The last thing Sloane needs is the newest member of Club Joi, Adam Newcomb complicating her mission and stealing her heart. Yet with one kiss, she falls. But you know what they say about secrets—they have a way of coming out, and when they do, Sloane's life crumbles for the second time—this time destroying her chances of a happily ever after with the man she loves.

Working undercover is old hat for Asher Noble. This assignment should be no different, hell, it wasn't any different until he met Sloane Ellis, event coordinator for Club Joi. She's hiding something, but so is Asher. She does her job with a smile, but there's an underlying sadness mixed with disgust. She has less interest in working in a sex club than Asher has watching the nightly performances. There's no room for distractions when a young woman's life and freedom is on the line, yet a kiss changes everything. A kiss that never should've happened. A kiss that leads a man pretending to be someone else to risk everything to protect the woman he's fallen for.

Sloane Ellis must decide if she can trust Asher Noble when she realizes he's not who he pretended to be. Asher must save the woman he loves from disappearing into the same nightmare world as her best friend. Together, they must stop a monster before he claims more lives.

Takeback is an off-the-books, special operations task force composed of military contractors and US Marshals. Their mission is simple—to save those who have been taken.

● If you want to link to Dangerous Encounter book page, please use the codes provided below!
L
C 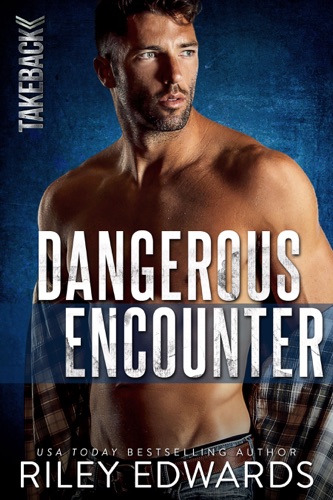