After We Fall by J.H. Croix Book Summary

I made a deal with Harley Jackson. We’d burn that fire between us to ashes with a few nights between the sheets. Friends with benefits, but with a time limit. It turned out to be colossally stupid.

A few nights together only made the fire burn hotter. I was never supposed to fall for her.

Grant & Harley’s story is perfect for readers who love small town romance, pilots, sassy heroines, roommates who can’t get enough of each other, slow burn, emotional romance with a dash of angst, oozing with swoon, and one smokin’ hot protective hero.

After We Fall by J.H. Croix Book Reviews

Roommates, friends to more. For a year, Grant and Harley have been dancing around their attraction. Living together obviously has its pros and cons. Pros? Hooking up, steamy times. Cons? Keeping it a secret. Plus there’s some issues health issues to navigate.

After We Fall is an emotional heartwarming swoon worthy story set in Diamond Creek. Grant and Harley are sharing the staff house at the lodge and are attracted to each other when they finally get together they keep it a secret. Harley is keeping a secret from her brother, family, friends and is denial about her problem. The story is intense and emotional read. I love how JH Croix interweaves all the friends and family of Diamond Creek throughout the story and enjoy reading about their lives. I highly recommend reading this book and the whole series. I received a free copy of this book via Booksprout and am voluntarily leaving a review.

I love the Dare With Me series and After We Fall is a great addition. JH brings these characters to life pulls so many feelings from the reader. This is a fabulous small town, friends-to-lovers, brothers best friend and roommate story….this hits on so many of my favorite tropes. Harley is a sassy, independent, stubborn and fantastic character. She doesn’t want others to worry or fuss over her (due to a medical condition ) but her stubbornness could get her into trouble. Grant is an easy going, swoony pilot that is having a hard time keeping his feelings hidden from his best friends sister. He is a stand up guy and is willing to put others before himself. Grant and Harley will light up your Kindle with swoon, angst and passion. Their banter, fussing and good times will have you flipping the pages so fast! I love that the characters from the others books make cameo appearances and we can see an update on their lives. I received a free copy of this book via Booksprout and am voluntarily leaving a review.

I voluntarily read an arc of this book and am leaving an honest review. This book is really good. We’re back in Alaska with all our favorite characters from the past books in this series. This book is about Harley and Grant. Grant isn’t interested in love and Harley doesn’t trust people enough to give them that kind of power in her life. She’s also got a dangerous secret. As Grant and Harley navigate living together and their sizzling attraction, her secret begins showing itself more and more. I have to say Harley is stubborn to a fault and it made her unattractive. Lucky for her Grant loves a challenge. The chemistry between these two will knock your socks off! So grab your ereader and a tall glass of ice water! This book is hot!

Harley moved from Texas to Alaska after her boyfriend cheated on her with her roommate. Harley is the baby of the family and Diego's sister. She has a heart condition that she doesn't want to her family to worry about. Harley has had a crush on Grant since she moved into the house with him and his sister Cat. Grant lost his mother from a heart condition while he was in college. He had to come home from college to take care of is two younger sisters until his older brother Flynn could get out of the military and come home for good. The sizzling chemistry between Grant and Harley sets the pages on fire. Well written storyline, fantastic characters and definitely a wonderful addition to this series.

Harley has lived in Alaska for a year. She came to visit her brother Diego who works for Walker Adventures as a pilot and she never left. Harley works freelance doing graphics design and she also does medical transcribing. Harley lives in the staff house behind the lodge. She has two roommates a brother and sister. Grant is a pilot for Walker Adventures, his brother Flynn is in charge of Walker Adventures. Most of the pilots are friends of Flynn from the Air Force. Grant has been lusting after Harley since she showed up. He is friends with Diego so he doesn’t want to cause problems because of getting involved with Harley. One night Harley had to chase a moose away from attacking Grant. She bandaged him up and they ended up kissing. Harley has a heart problem Supraventricular tachycardia or SVT, when her heart races and skips a beat sometimes she faints. Grant found her on the floor and was very concerned, his mother died of an undiagnosed heart problem. Harley is a very independent woman and she hates when people get concerned for her. She is the youngest in the family and she has always had to be tougher than the rest. Grant can’t get enough of Harley and she can’t get enough of Grant. Grant’s sister Cat lives in the house with them and she walked in on them kissing. Everybody can tell that there is a romance going on between Grant and Harley except for Diego. Will Diego find out about Grant and Harley? Will Harley finally end up taking medication for her heart? Will Grant and Harley find love and happiness? I voluntarily reviewed an Advanced Reader Copy of this book.

Readers, if you’re looking for a new series to read, I highly recommend this entire series. A lot of the main characters work at Walker Adventures and they’re a close group of family and friends. After We Fall is centered around Harley and Grant. Grant is one of the pilots and Harley does graphic design work. Harley has had a thing for Grant since she moved to Alaska and Grant secretly reciprocates. Harley’s keeping a secret medical condition from everyone. What’s going to happen when it’s revealed?Do yourself a favor and grab your copy and get some laughs while reading about them sneaking around and trying to hide things from his family and her brother. I received a free copy of this book via Booksprout and am voluntarily leaving a review.

J.H. Croix - After We Fall Comments

The Croix de Guerre (French: [kʁwa də ɡɛʁ], Cross of War) is a military decoration of France. It was first created in 1915 and consists of a square-cross medal on two crossed swords, hanging from a ribbon with various degree pins. The decoration was first awarded during World War I, again in World War II, and in other conflicts; the croix de guerre des théâtres d'opérations extérieures ("cross of war for external theatres of operations") was established in 1921 for these. The Croix de Guerre was also commonly bestowed on foreign military forces allied to France.The Croix de Guerre may be awarded either as an individual award or as a unit award to those soldiers who distinguish themselves by acts of heroism involving combat with the enemy. The medal is awarded to those who have been "mentioned in dispatches", meaning a heroic deed or deeds were performed meriting a citation from an individual's headquarters unit. The unit award of the Croix de Guerre with palm was issued to military uni...

● If you want to link to After We Fall book page, please use the codes provided below!
L
C 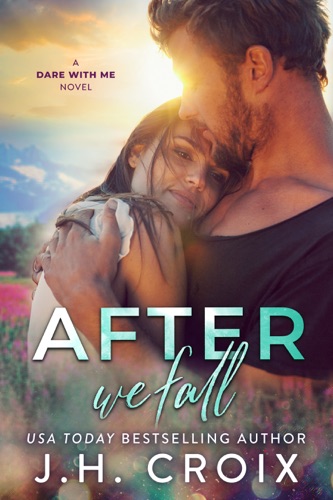