From the acclaimed author of Garden Spells comes an enchanting tale of lost souls, lonely strangers, secrets that shape us, and how the right flock can guide you home.

Down a narrow alley in the small coastal town of Mallow Island, South Carolina, lies a stunning cobblestone building comprised of five apartments. It’s called The Dellawisp and it is named after the tiny turquoise birds who, alongside its human tenants, inhabit an air of magical secrecy.

When Zoey Hennessey comes to claim her deceased mother’s apartment at The Dellawisp, she meets her quirky, enigmatic neighbors including a girl on the run, a grieving chef whose comfort food does not comfort him, two estranged middle-aged sisters, and three ghosts. Each with their own story. Each with their own longings. Each whose ending isn’t yet written.

When one of her new neighbors dies under odd circumstances the night Zoey arrives, she is thrust into the mystery of The Dellawisp, which involves missing pages from a legendary writer whose work might be hidden there. She soon discovers that many unfinished stories permeate the place, and the people around her are in as much need of healing from wrongs of the past as she is. To find their way they have to learn how to trust each other, confront their deepest fears, and let go of what haunts them.

Delightful and atmospheric, Other Birds is filled with magical realism and moments of pure love that won’t let you go. Sarah Addison Allen shows us that between the real and the imaginary, there are stories that take flight in the most extraordinary ways.

Sarah Addison Allen (also known by the pen name Katie Gallagher) is an American and New York Times bestselling author. Biography Born and raised in Asheville, North Carolina, Allen attended the University of North Carolina at Asheville and graduated with a degree in literature.After graduation, her big break occurred in 2007 with the publication of her first mainstream novel, Garden Spells, a modern-day fairy tale about an enchanted apple tree and the family of North Carolina women who tend it. Booklist called Sarah's accomplished debut "spellbindingly charming." The novel became a Barnes & Noble Recommends selection, and a New York Times Bestseller. After publishing four bestselling books in five years, Allen took a break from writing when she was diagnosed with late-stage breast cancer in early 2011 at age 39. She is now in remission and returned to writing with her 2014 bestseller Lost Lake. In 2015, she revisited the setting of her first book with First Frost which continues ...

● If you want to link to Other Birds book page, please use the codes provided below!
L
C 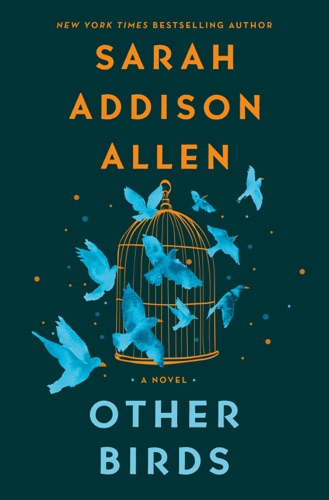