Drake McGinn turned his back on hockey after the league betrayed him. Will the Titans be his chance to clear his name and take back the career he once loved? After I made the decision to divorce, my ex-wife set out on a smear campaign against me, telling anyone who would listen that I was betting on hockey and throwing games. It wasn’t surprising that my ex told the lies, but the fact that the media, league, and fans chose to believe her baseless claims was unforgivable. I walked away from it all and never looked back. Having settled into life as a single dad to three boys, I’m content. I have more money than I could ever need, and plenty of time to do whatever I want, whenever I want, and whoever I want. So when Brienne Norcross, the team owner for the Pittsburgh Titans, shows up at my house with a job offer, I have no problem turning her down. But the no-nonsense billionaire, with sinfully seductive red lips and killer heels that would look hot as hell thrown over my shoulders, won’t take “no” for an answer. Now I need to find balance between hockey, my boys, and the explosive chemistry Brienne and I can no longer deny. A cast-off hockey player and the league’s only female team owner? I can think of a million reasons why it could never work but can’t bring myself to care about a single one of them. Game on.

● If you want to link to Drake book page, please use the codes provided below!
L
C 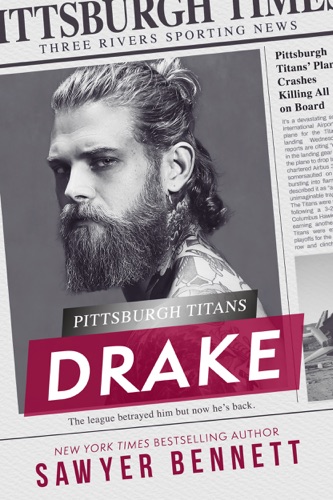