Exes running a wedding business? What can go wrong?

Having inappropriate dreams about my ex-husband is problematic. The fact that he's applied to be the business partner in my wedding business - and is an infuriatingly savvy businessman - is even more so.

Our marriage ended because we were both more married to our jobs than each other, but now I can barely look at Lincoln without imagining him naked. How the hell am I supposed to work with him?

My ex-wife, Evie - aka Evil (thank you, random autocorrect) - runs the most successful bridal shop in the whole of the Finger Lakes region and she needs a business partner. Happy coincidence because I need a steady income. ASAP.

I also need to stop noticing Evie's curves. And her smile.  And everything about her that makes me want a second chance.

This is a really great read! It had me returning wanting to know what happened next! Thank you!

This book had a well-developed writing style. Fairly short and an overall okay read if you don’t scrutinize it. Second chance romance. It does, however, recycle lines, has typos sprinkled throughout, the romance felt contrived, and the plot was driven by what felt like a privileged imagination of what a “dire financial situation” is. Lincoln’s father had a stroke, and has been living at Edgewood Point nursing home, where he throws utensils, the food is good, and he gets physical therapy. His insurance doesn’t cover it all so the brothers pin all their hopes on Lincoln being chosen as business partner at his ex-wife’s bridal shop which would provide a hefty and steady income to pay the medical bills. While any disabling event is tragic and costly, as a second generation immigrant whose parents had to leave everything behind, the severity of the situation feels overdrawn. This is the driving plot issue yet the details surrounding it remain pretty vague, giving the story a shallow foundation. Lincoln and his brothers have yet to make any tangible sacrifices in its name, but they act like this wedding shop partnership is do or die, despite discussing many alternatives at the start, i.e. Lincoln could get another consulting job, Gage could move in with his brothers and take extra shifts etc. They have options, they just don’t like them because it means putting themselves second. Like, tough luck. The characters themselves were hard to get invested in. Evie and Lincoln constantly want to jump each others’ bones from start to end as if the divorce never happened. This also creates tone issues, especially considering what’s supposedly at stake for Lincoln. All of the bridal business dialogue felt super scammy and judgmental, with their clients being more or less caricatures. Despite Evie’s claims, no one pronounces amuse “A-mue-say.” That’s not a thing. There isn’t even an accent for confusion. The author also randomly changed the name of Izzy’s mom from Ashley to Alexis after the third mention. Evie’s fight with Lincoln after his financial situation is revealed doesn’t make sense. Her secret, a predictable cliche not worth the suspense, doesn’t change his financial needs, so how does it shift the onus of the decision to become business partners? Lincoln being angry and blaming her for not telling him is also right up there with victim blaming. It’s a personal conflict that doesn’t have any relevance to the job whereas Lincoln’s financial motives leading to short versus long term employment are legitimate concerns. Do not ship.

Brenda Lee Strong (born March 25, 1960) is an American actress, director, and yoga instructor. She began her career in television, including guest starring appearances in Twin Peaks, Party of Five, Seinfeld, Scandal, Star Trek: The Next Generation, Blossom and Sports Night. She was a regular cast member in the sitcoms Desperate Housewives (2004–2012), Scorch (1992), and The Help (2004). Strong had supporting roles in a number of films, including Starship Troopers (1997), Black Dog (1998), The Deep End of the Ocean (1999), Starship Troopers 2: Hero of the Federation (2004) and The Work and the Glory (2004). She is best known for her role as Mary Alice Young in the ABC television comedy-drama series Desperate Housewives (2004–2012), for which she was nominated for two Emmy Awards. Strong later starred as Ann Ewing in the TNT prime time soap opera Dallas (2012–14). In 2016, she guest starred as Queen Nia in The 100, and undertook a recurring role as Lillian Luthor on Supergirl. Strong ...

● If you want to link to Bride and Tested book page, please use the codes provided below!
L
C 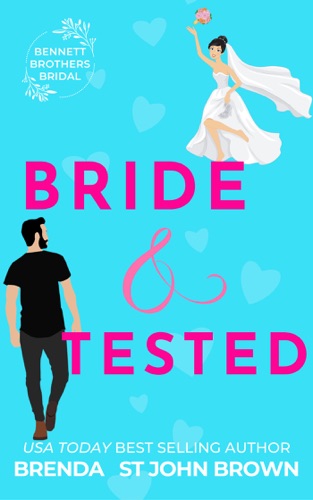