The Kingdoms of Savannah by George Dawes Green Book Summary

“Around these parts, the publication of a new George Dawes Green novel is an event. … Green leans all the way into Southern Gothic, but the main grotesquerie is the city’s history, built on the backs of enslaved people. His prose is languid, even luxurious, but at critical moments of suspense, he pares it back to ramp up the terror.”
—New York Times Book Review

Savannah may appear to be “some town out of a fable,” with its vine flowers, turreted mansions, and ghost tours that romanticize the city’s history. But look deeper and you’ll uncover secrets, past and present, that tell a more sinister tale. It’s the story at the heart of George Dawes Green’s chilling new novel, The Kingdoms of Savannah.

It begins quietly on a balmy Southern night as some locals gather at Bo Peep’s, one of the town’s favorite watering holes. Within an hour, however, a man will be murdered and his companion will be “disappeared.” An unlikely detective, Morgana Musgrove, doyenne of Savannah society, is called upon to unravel the mystery of these crimes. Morgana is an imperious, demanding, and conniving woman, whose four grown children are weary of her schemes. But one by one she inveigles them into helping with her investigation, and soon the family uncovers some terrifying truths—truths that will rock Savannah’s power structure to its core.

Moving from the homeless encampments that ring the city to the stately homes of Savannah’s elite, Green’s novel brilliantly depicts the underbelly of a city with a dark history and the strangely mesmerizing dysfunction of a complex family.

The Kingdoms of Savannah by George Dawes Green Book Reviews

George Dawes Green (born 1954) is an American novelist and the founder of the storytelling organization The Moth. Books and films Green published his first novel, The Caveman's Valentine, in 1994. It was adapted into a film in 2001, starring Samuel L. Jackson. He followed it in 1995 with The Juror, which was also adapted into a film, released in 1996, starring Demi Moore and Alec Baldwin. Green did not publish another novel until 2009, when Ravens was released. Set in Green's native Georgia, Ravens was critically acclaimed and hailed by the LA Times as "a triumphant return".Green's next work, a mystery-suspense novel titled The Kingdoms of Savannah, was published on July 19, 2022, and also takes place in Georgia. The Moth In 1997, Green founded The Moth, a not-for-profit storytelling organization based in New York City. The idea for The Moth came from evenings Green spent staying up late with friends, exchanging stories, while moths flitted around the lights. Works Novels The Cave....

● If you want to link to The Kingdoms of Savannah book page, please use the codes provided below!
L
C 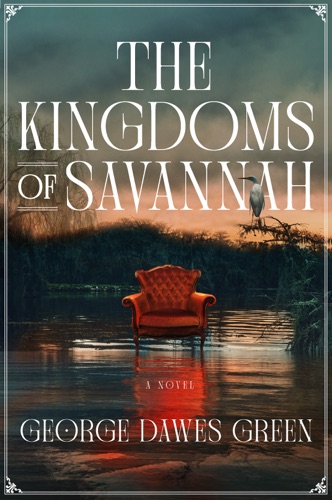