When FBI Special Agent Mia North is framed for murder, she finds herself sentenced to years in prison, her life and career over. But when Mia, unwilling to back down, escapes and turns into a fugitive, she continues to hunt down killers and solve active cases—all while trying to clear her own name.

In SEE HER RUN (A Mia North FBI Suspense Thriller—Book One), Special Agent Mia North is a rising star in the FBI—until, in an elaborate setup, she’s framed for murder and sentenced to prison. When a lucky break allows her to escape, Mia finds herself a fugitive, on the run and on the wrong side of the law for the first time in her life. She can’t see her young daughter—and she has no hope of returning to her former life.

The only way to get her life back, she realizes, is to hunt down whoever framed her.

A diabolical killer that Mia once put behind bars is freed on parole. He taunts her while she’s in prison, now on the other side of the Visitor glass, and boasts of a murder he is about to commit. Mia, locked in jail, will be helpless to stop it.

With time running out, Mia must use her sharpest instincts to escape, evade the law, and stop him before he claims his next victim. Can she hunt down the killer and save the victim—and herself?

Will she find herself back in jail?

Or worse—at the mercy of a killer, without any backup?

An action-packed page-turner, the MIA NORTH series is a riveting crime thriller, jammed with suspense, surprises, and twists and turns that you won’t see coming. Fall in love with this brilliant new female protagonist and you’ll be turning pages late into the night.

Books #2-#6 in the series—SEE HER HIDE, SEE HER SCREAM, SEE HER VANISH, SEE HER GONE, and SEE HER DEAD—are now also available.

The book is good. But almost predictable has a small plot twist on what’s going on.

Jim Harrison - Not a bad start

It’s an otherwise good story but it’s marred by grammatical errors and minor inconsistencies in the plot. Hopefully the rest are better.

I like suspense / thriller, and I don’t mind a little realism stretching here and there, but this one makes no sense. The lead character, an FBI agent is falsely accused of murder. This doesn’t make sense given the setup though. I can’t move past how a trained agent would be so horrendous bad in interrogation. Frankly, it makes me believe that she shouldn’t be anywhere close to an FBI agent job. I do enjoy the Sadie Price series by this author, which I’ll continue. Hopefully this was just a bump.

This author sure knows how to hold your attention! Can’t wait to read the next installment of this riveting story!

Although supposedly a top FBI agent the main character was portrayed as completely irrational making decisions that a layman would make.

The FBI uses psych tests and interviews but they took in an This woman that was basically an obsessed cannon and close to being a vigilante. She did not follow protocols or chain of command. It was all predictable but the agent caused her own failures. These women agents in chick flick stories are about women agents against the establishment. not only are the stories all the same formula. They are trite and in the authors’ plays to appeal to fat bored women, the stories show over and over that women are not team players and run too much on emotions. They should be dismissed as non professional, barely functioning humans. This story was worse than most.

Loved it! Soo good for the first book in a series. You know there’s a lot of ground work to lay but it’s so good! I cannot wait to read the rest of the series. I wish I could binge read it like it’s a show on Netflix.

Fantastic suspense novel. Keeps you glued to the story

Dara1009 - The wrong type of politics makes for an excellent read.

Excellent read. I wasn’t sure at the start but it just got better and better. Beware politicians!!

I enjoyed this book. Well written grammatically, and a good plot. No gung ho ‘i’m a woman stuff’. No ‘i’m totally charged up after a single cup of coffeee' rubbish. No living only on lettuce leaves and running ten miles a day. I might even buy the second book.

Honeydew is a 2020 American horror film written and directed by Devereux Milburn, and was later released in the US on March 12, 2021. The film stars Sawyer Spielberg, Malin Barr and Barbara Kingsley. It received generally mixed reviews from critics. Plot Aspiring actor Sam and his botanist girlfriend Rylie have travelled to rural New England to investigate an outbreak of an ergot-type fungus called "sordico" that has been devastating local farms. They camp on a remote farm after their car breaks down, but elderly farmer Eulis, claiming to be the landowner, asks the couple to leave. Sam and Rylie return to their car to discover its battery died, leaving them stranded. They look for help at a nearby farmhouse and meet Karen, an eccentric old woman, and her supposed son Gunni, who is mute, partially catatonic, constantly watching vintage cartoons, and wears bandages around his head. Karen explains Gunni’s bizarre behavior by claiming a bull kicked him in the head. Karen supposedly ....

● If you want to link to See Her Run (A Mia North FBI Suspense Thriller—Book One) book page, please use the codes provided below!
L
C 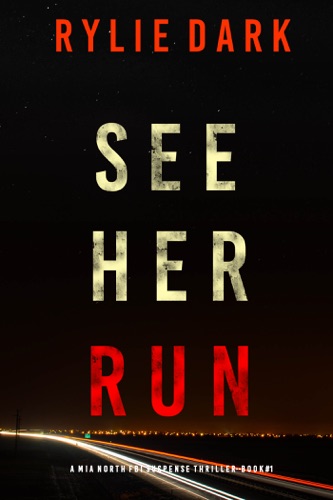