Required of Me by Roxie Odell Book Summary

Amanda Taylor is one of the hardest working and motivated single mothers on the block. She worked herself from a teenager with a baby to the lead ads manager at a multi-billion-dollar ad firm. She had been there for years, running her division, making her systems, and then going home to take care of her little boy, Mikey, and her ill mother in the hospital. Life was a struggle, she never denied that, but she definitely was never going to give up on her dreams of a better life for her and her son.

Elon Truitt built his company from the ground up, loving every single second of it. After it his big time and the money rolled in, though, he started to move out of an active role and spent his time drinking and perusing the local bars. The board wasn't ignoring that fact, especially not the man that wanted to take his company. In a final vote Elon is given an ultimatum, true hard work or an absent seat at the table. His spirits aren't very high to the say the least.

Sparks fly and tempers flare as Elon and Amanda are paired on one of the biggest projects in the company's history. Will the sparks between the two ignite into passion or burn the whole place to the ground? Nothing is certain anymore for either of them, not even their own feelings.

Never Give Up Series

Required of Me by Roxie Odell Book Reviews

2020book - In and out of advertising was intersting

Lots of insight into ad campaigns Good story line but there was no ending….disappointing !

Seriously had a good story going g but I hate a book that ends and then you have to keep getting book after book to get a long drawn out story line.

Lovestoread32 - A Nice idea, but a struggle to get through

The idea behind the book was a nice one. The execution and writing weren’t quite there. In the early parts of the story, the author spent a great deal of time showing the main characters’ thoughts and background. It was repetitive at times. There were events and details that contradicted each other. Characters were introduced who did not add much to the plot or character development. I also struggled with the character of Elon. He is supposed to be the owner and CEO of this company he built. Yet the way he acts around his employees and the board did not make sense. Just more details that didn’t sit quite right.

Roxie Odell - Required of Me Comments

Eraserhead is a 1977 American experimental body horror film written, directed, produced, and edited by David Lynch. Lynch also created its score and sound design, which included pieces by a variety of other musicians. Shot in black and white, it was Lynch's first feature-length effort following several short films. Starring Jack Nance, Charlotte Stewart, Jeanne Bates, Judith Anna Roberts, Laurel Near, and Jack Fisk, it tells the story of a man who is left to care for his grossly deformed child in a desolate industrial landscape. Eraserhead was produced with the assistance of the American Film Institute (AFI) during Lynch's time studying there. It nonetheless spent several years in princip...

● If you want to link to Required of Me book page, please use the codes provided below!
L
C 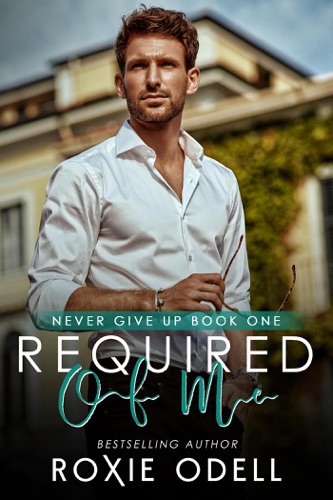