Beyond the Night by Colleen Gleason Book Summary

When Dr. Elliott Drake and his four friends emerge from a cave after wild earthquakes and storms, they find themselves in a changed Las Vegas, threatened by immortal beings and other new dangers. More unsettling: Elliott has somehow acquired an extraordinary ability—the power to heal with his touch. But even that ability is a two-edged sword, for Elliott learns that his gift can bring pain and death just as often as it heals.

Jade Kapiza, who was once imprisoned by the Strangers—the dangerous immortals who bring danger to Vegas and beyond—has been in hiding for years. But now she's determined to help the Resistance fight back against the control of her former captors by traveling the countryside, secretly delivering news and resources.

Jade can trust no one...but when Elliott comes into her life, he pushes at her defenses and begins to tear down the walls she's built so carefully. Yet the mysterious doctor seems to have secrets of his own...Can Jade trust Elliott with her heart, even as they risk their lives to save a band of innocents?

And can Elliott find a new place for himself—a home—in this alternate world?

"Atmospheric and dark, filled with high-stakes action, sizzling romance, and set against a shadowy...world that's as fascinating as the varied cast of characters who inhabit it." —Lara Adrian

Beyond the Night by Colleen Gleason Book Reviews

Colleen Gleason - Beyond the Night Comments

Colleen Gleason is an American writer. Biography Colleen Gleason lives near Ann Arbor, Michigan with her husband and children. She has a degree in English and a MBA from the University of Michigan. She started writing in primary school and wrote nine complete stories before selling the first book of her The Gardella Vampire Chronicles series to a division of Penguin Books, which published it in January 2007: the series arrives at a conclusion on March 2009. In 2008 she wrote a short story, a prequel to the series, titled In Which a Masquerade Ball Unmasks an Undead, published first in the Mammoth Book of Vampire Romance, then as Victoria Gardella: Vampire Slayer. Before becoming a full-time writer, she worked in sales and marketing and started her own business in the insurance field.In 2010, she started the six-novel series The Envy Chronicles, written using the pen name Joss Ware. In 2011, she wrote The Regency Draculia trilogy. She has also written short stories. In 2010, she coll...

● If you want to link to Beyond the Night book page, please use the codes provided below!
L
C 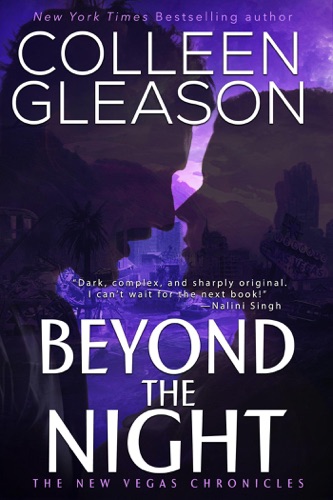