This book teaches you everything you need to know about hardware and related software changes in Apple’s new M1 Apple silicon Macs to make a transition from an Intel Mac, set up security with new options, create effective backups, and work with new options in recovery mode. Glenn Fleishman takes you through the details of how an M1-based Mac handles startup, battery management, and running iOS, iPadOS, and Windows apps. Covers the 2020–21 Apple M1 Macs: the Mac mini, MacBook Air, 13-inch MacBook Pro, and 24-inch iMac.

Apple’s new Macs based on the M1 Apple silicon system-on-a-chip offer remarkable advances in performance, battery life, and memory utilization. With those improvements comes a host of changes in hardware, from how a Mac starts up to making backups of your computer to understanding fundamental aspects of system security. Take Control of Your M-Series Mac teaches you everything you need to know about these topics and much more.

You’ll learn not just how to make a bootable clone of your Mac on an external drive, but whether it’s necessary with Big Sur and an M1 Mac. Find out how to make a clean transition from an Intel Mac, while taking advantage of installing and running iOS and iPadOS apps natively within macOS. You’ll also learn the early method of running Windows on an M1 Mac, with notions of what’s to come.

If you’ve already bought an M1 Mac and want to get more out of it, or you’re considering a purchase and trying to understand what you need to know, Take Control of Your M-Series Mac will fit your needs.

Future plans: This book will be updated as Apple releases updated features for existing M1 Macs and new Macs based on its M-series processors.

Here’s what you will learn from this book:

• Get to know the M1 processor, and what’s so different about it
• Understand the limits of emulation
• Control how apps for Intel Macs and universal Intel/M1 apps launch on an M-series Mac
• Learn the complexities of backing up an M-series Mac
• Decide whether you need a bootable duplicate of your startup volume
• Maximize battery life and longevity
• Work with recoveryOS, a substantially different process with an M-series Mac
• Walk through a new process of reviving or restoring low-level firmware on a non-responsive Mac
• Manage system security when you need to work with kernel extensions
• Install and run iOS and iPadOS apps
• Learn the current limits of using Windows in macOS on an M1 system

FleishmanHillard Inc. (formerly, Fleishman–Hillard) is a public relations and marketing agency founded and based in St. Louis, Missouri. It was acquired by Omnicom Group in 1997, becoming part of the Diversified Agency Services (DAS) division. The company was founded in 1946 by Alfred Fleishman and Robert E. Hillard.In 1994, the company expanded its operations to the Asia Pacific region with an office in Beijing. In May 2013, the company rebranded its name to FleishmanHillard and launched the slogan "the Power of True". As of August 2013, the company had 111 offices in 29 countries across the Americas, Asia Pacific, Europe, Middle East, and Africa. References External links FleishmanHillard...

● If you want to link to Take Control of Your M-Series Mac book page, please use the codes provided below!
L
C 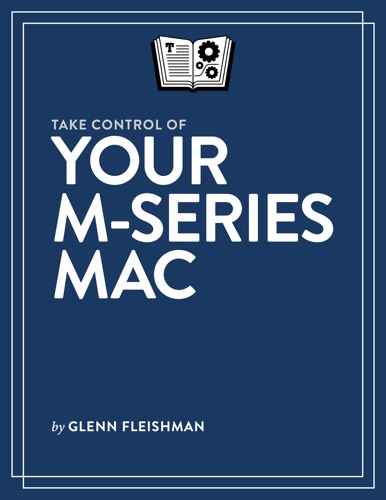