Dear Emily,
Thank you for joining me for dinner tonight. And for agreeing to my proposal, as ludicrous as it is. Desperate times call for fake engagements. At least in my family.

I am attaching the contract we discussed. Our lawyers asked that I highlight the following clauses:

•The engagement shall last ninety days
•Both parties are to appear genuinely in love at all royal appearances
•Beyond required public displays of affection, there shall be no contact of any kind between the parties

The first half of your payment will be deposited into your account upon the signing of this contract. Be sure to note your ring size. We would like to make prompt delivery of the family emerald. The Queen and I thank you in advance for your discretion.

P.S.—Sorry to hear about your divorce. Your ex sounds like a proper knob head.
P.P.S—You looked stunning tonight.

I wasn’t sure about how this would work since it’s set in England but with an entirely fictional royal family. It was well done enough that I didn’t mine suspending reality that far and going along for the ride. An enjoyable read!

First, I thought this was a decent read for a freebie but....Spoiler: I hated Emily. She annoyed me to no end. First she chooses her lying, cheating boyfriend over Kit. I could understand if she wanted to take things slow after dumping her cheating boyfriend (which she didn’t actually do. She forgave him). But she flat ran out on Kit after sleeping with him and didn’t speak to him again for 10 years. Then, 10 years later when given a second chance at real love with Kit, she’s now got this weird aversion to hand holding because her lying, cheating boyfriend/ex-husband was a cheater (this is 2 yrs after they divorced too) ?!? She now, 10 years later and with no more maturity than before, chooses her business over being with Kit. She’s twice broken Kit’s heart and twice kicked him to the curb and yet HE is the one to grovel, apologize and ask her to come back to him?!? Also, the crazy uncle and Emily’s ex were foreshadowed to be these two big sources of conflict in the story and then those plot lines just flat fizzled out. What was the point in hyping them up to be potential sources of trouble if nothing was going to happen? I thought for sure there would be some deep buried dirt used against Emily to put a wrench in her relationship with Kit but nope. She screwed that up all on her own. Again. And FYI to the author, if Emily were to marry Kit, who is the future King of England, that would NOT mean that she would be the queen. That’s not how it works. At all. She would have had to been born into the royal family to become queen.

I like reading hot sexy stories. This one was funny, hot, romantic and sexy.

Love story about the Royals that is a good read

I loved this book! The author paints such a great picture with her words and gives us a captivating story with well developed characters, lots of swoon, steam, love and humor.

Snake Woman is a fictional character created by Shekhar Kapur and published by Virgin Comics for their Director's Cut line. Credits Created by Shekhar Kapur, written by Zeb Wells, with art by Michael Gaydos and covers by Jeevan Kang. Plot summary Snake Woman is the story of Jessica Peterson, a young introspective midwestern girl who has moved to Los Angeles where she works as a waitress in a downtown LA dive-bar. Naturally quiet and reserved, Jessica's slow immersion into the bigger city life is accelerated all of a sudden when one night a yuppie bar patron she mistakenly trusts accosts her. When he tries to take advantage of her (walking her home from the bar) rattling on about some anc...

● If you want to link to Royal Ruin book page, please use the codes provided below!
L
C 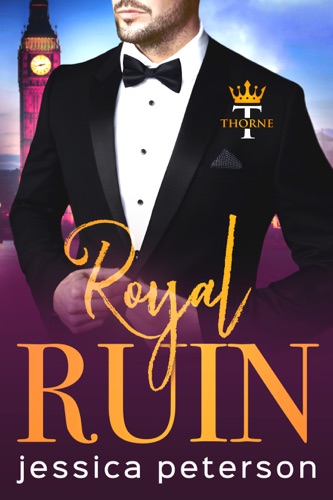