Ladies’ man, Michael “Blade” Calhoun loves women. A confirmed bachelor, he knows it’s a bad move to fall in love when you're a Delta Force Operative. He's sworn off entanglements, preferring to love all the ladies rather than settle on one and end up breaking her heart when he leaves.
Living next door to Blade has its perks, but mostly is the bane to bartender Sophia Phillips’s existence. With an unfortunate crush on the man, she knows she doesn’t have a chance. He’s not into long-term romantic relationships, and she’s not his type. Stuck in friend zone, she convinces herself she’s content. Until Sophia wins a trip for two to Cancún and offers to share it with her best friend and neighbor, Blade.

After back-to-back deployments, Blade jumps at the chance to go on a stress-free vacation with a friend. It's all margaritas and beaches until they land in the middle of a Mexican drug cartel. Their cozy beach vacation heats up along with a passion neither expected.

ARC for honest review with no compensation Breaking Hearts is book 5 in the Delta Strong series by Elle James and sure am loving this series! Up next is ladies man, Michael “Blade” Calhoun, Delta Force Operative just back from deployment and needing some down time goes on a trip to Cancun with his next door neighbor and friend Sophia Phillips who on the free trip and also has a secret crush on him. What starts as a easy trip turns into running from the Mexican cartel… Romantic suspense, friends to lovers, sparks ignite, action, human trafficking and so much more…can Blade and his teams protect Sophia without an international incident?

4.5 Stars  This is book 5 in the Delta Force Strong series and it features Sophia and Blade. They’re good friends, neighbors and hang out with the same group of people. Unbeknownst to him, she always wanted more but he Friend-Zoned her. She won a trip to Mexico and her friend had to cancel.  His friends persuaded him to go with her, to keep her safe. What happens next has him reevaluating EVERYTHING he thought he believed.  This fantastic story line has awesome action, adventure and suspense. The romance is fun and spicy. Sophia is a strong and sassy woman.  I love the characters in this entire series!

Sophia has experienced a life of great loss. Sophia was in college when her parents died tragically. Sophia completed her degree as an accountant, but that was more her parent’s dream—not hers. “Sarge” was there for Sophia after her parents died, offering her a job at The Salty Dog Saloon. Sophia loves her job and her friends. She’s happy that they’ve found their HEA, but she wants her own HEA. Sophia has a secret crush on Blade. All of her girlfriends know this, but Blade seems oblivious. Sophia wins a trip for two to Cancun. When her girlfriend backs out at the last minute, Blade jumps at the chance to go. Sophia’s not so sure... Blade’s parents were not the best examples of a happily married couple. Blade is happy with his one night stands. He does not believe in marriage, commitment to one person, FOREVER. But, he doesn’t want Sophia to go to Mexico by herself. He and his team are on leave, so he decides to chaperone Sophia. Sophia decides to use this time to see if she can’t get Blade to see her as more than his red-headed, freckled friend. When Sophia inadvertently attracts the attention of a cartel leader’s son, Sophia is grateful to have Blade there to help keep her safe—until she’s kidnapped. Delta Force to the rescue! Elle James brings it in Breaking Hearts! The suspense, chemistry had me on the edge of my seat. I could NOT put this book down. I need a Blade for myself!!! Breaking Hearts is the 5 book in the Delta Force Strong series. Although you don’t havre to read the previous books in the series, you only get a glimpse of the other couples in this book. If you want their stories, read this series in order. But this can be read as a stand alone. Breaking Hearts is my absolute favorite book of this series! If you enjoy reading romantic suspense, this book is DEFINITELY for you! I read a gifted copy of this novel and all opinions stated are my own.

A fun, exciting book that captured my interest from he first page and didn’t let go until the last sentence. It’s a great friends to lovers story with a lot of suspense thrown in. Sophia wins a vacation in Cancun, and her girlfriend flakes out at the last minute, so Blade, her next nod neighbor and Delta force operator on vacation steps in to fill the vacancy. Unbeknown to Blade, he is Sophia’s crush, but joins her on this vacation as a friend and her bodyguard. Of course things heat up romantically. Just as we’re settling into the romance, bam, the excitement kicks up a bunch of levels as they tango with a drug cartel. After that, I just couldn’t put the book down. Although a bit predictable, it was very exciting and quite entertaining. A really enjoyable read. I received a complimentary copy of this book. This is my freely given, honest review.

● If you want to link to Breaking Hearts book page, please use the codes provided below!
L
C 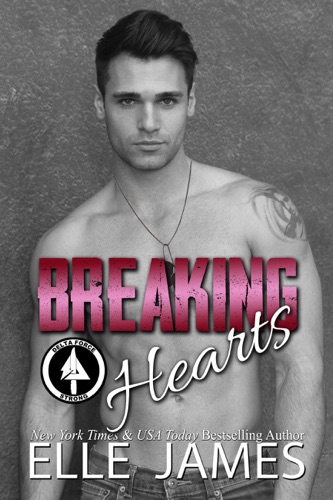