He's a member of a prominent family in Forbidden Lake looking to finish his degree. She's trying to make ends meet and stay out of the spotlight, which is pretty much impossible when someone starts a relationship with one of the Addlers...

Jonathan Addler doesn't know why he wants to impress his father, but he does. And that means finally finishing his degree. He signs up for the introductory cooking class, thinking it will be a huge waste of time. Then he meets Cassandra Caldwell, and everything changes.

Cassie wants one thing: to keep her twin brothers safe. After her mother's death, she took them in and relocated to Forbidden Lake, where she's done whatever she could to keep them off the radar of their convict father. She doesn't want to risk her family and career, but the more time she spends with Jon, the more she wonders if he's worth the risk.

They agree to keep their budding romance under wraps, especially once Cassie gets notified that she's up for a promotion at the college that would allow her to give up her second job. As she and Jon carry on their relationship behind closed doors, he falls harder and harder for her. But she can't really commit to a relationship when she has emergency escape bags packed and in the trunk of her car.

Can Jon convince her Forbidden Lake is safe and to stay with him? Or will she run again, shattering her heart—and his—in the process?

Elana Johnson is an American author and also writes under the names of Liz Isaacson and Jessie Newtown. Her works of young adult fiction and romance have appeared on USA Today's bestseller list three times. Johnson is a Utah-based writer with over 100 works to her credit. Background She studied math and science in school and college, and is the technology specialist at a school in Pleasant Grove, Utah. Her husband is a teacher; they have two children. She started writing in late 2007, and published Possession in 2011.Her From the Query to the Call is a guide for aspiring writers, and she co-founded the QueryTracker blog and also blogs at The League of Extraordinary Writers. Writing care...

● If you want to link to Hidden in Plain Sight book page, please use the codes provided below!
L
C 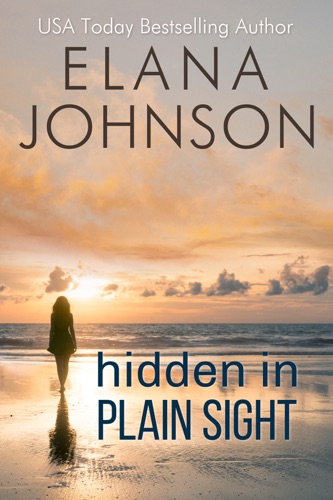