Ashley Fox has known three things since age twelve: she was an excellent seamstress, what her wedding would look like, and that she'd never leave the island of Getaway Bay. Now, at age 35, he's been right about two of them, at least.

With an ill parent to take care of and her trusty sewing machine, Ash loves living in Getaway Bay and owning her own custom wedding dress shop. But the husband and wedding she's always dreamed of? Those seem like they're never going to happen for her.

When her best friend and beach running partner, Burke Lawson, asks her for a favor she says yes. If she'd have known he was going to ask her to be his girlfriend-for-a-night because his father insists he "settle down" before turning over the multi-billion dollar flower company to him, Ash might have said no.

She's had a crush on Burke for a while, but he's never been serious about anyone. Ever. She knows it's part self-preservation and part façade, but she has no idea how much she's willing to jeopardize in their friendship for a shot at something more.

Burke has never told anyone about his past heart-crushing relationship, but he suspects Ash knows. She goes along with his player persona, but when he can't stop thinking about having her as his girlfriend for more than one day, he wonders if he can take this fake relationship into something real.

And when he accidentally blurts that they're engaged? They become an island scandal.

Can Burke and Ash find a way to navigate a romance when they've only ever been friends?

Elana Johnson is an American author and also writes under the names of Liz Isaacson and Jessie Newtown. Her works of young adult fiction and romance have appeared on USA Today's bestseller list three times. Johnson is a Utah-based writer with over 100 works to her credit. Background She studied math and science in school and college, and is the technology specialist at a school in Pleasant Grove, Utah. Her husband is a teacher; they have two children. She started writing in late 2007, and published Possession in 2011.Her From the Query to the Call is a guide for aspiring writers, and she co-founded the QueryTracker blog and also blogs at The League of Extraordinary Writers. Writing care...

● If you want to link to The Island Scandal book page, please use the codes provided below!
L
C 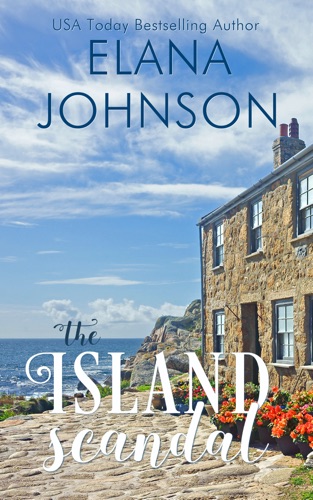