James Patterson believes The Black Book is his best thriller ever. The Red Book is even better.

​For Detective Billy Harney, getting shot in the head, stalked by a state’s attorney, and accused of murder by his fellow cops is a normal week on the job. So when a drive-by shooting on the Chicago's west side turns political, he leads the way to a quick solve. But Harney's instincts -- his father was once chief of detectives and his twin sister, Patti, is also on the force -- run deep. As a population hungry for justice threatens to riot, he realizes that the three known victims are hardly the only casualties. When Harney starts asking questions about who's to blame, the easy answers prove to be the wrong ones. On the flip side, the less he seems to know, the longer he can keep his clandestine investigation going ... until Harney's quest to expose the evil that's rotting the city from the inside out takes him to the one place he vowed never to return: his own troubled past.

and believable, too- good, up to date plot describing what could be real events....characters stayed in character, well developed.....one liners made it hum

Please keep writing this series of books. They keep my attention the whole time, once I start to read it I can’t put it down! Teri H.S.

Terrible. Terrible book. What a waste of money and time.

The Black Book is a novel by James Patterson and David Ellis, book 1 in the Black Book Thriller series. Plot This novel goes back and forth between present events involving Chicago detective Billy Harney and past events involving him. The novel starts with three people being found dead in an apartment (Billy, Billy's partner Detective Kate Fenton and Assistant District Attorney Amy Lentini). Billy's father, the chief of detectives, and his sister, Patty (also a detective), are ushered into this horrific crime scene. As they are leaving it is discovered Billy is barely hanging onto life. It appears that Billy killed Amy and Kate burst into the apartment and Billy and Kate simultaneously shot...

● If you want to link to The Red Book book page, please use the codes provided below!
L
C 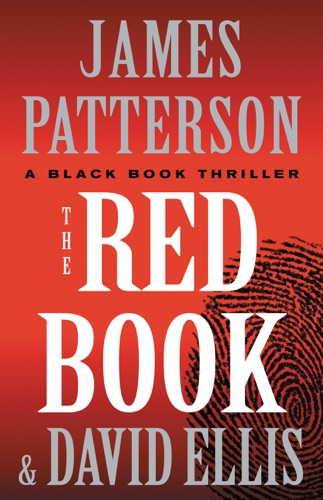