Walk through the Streets of Paris with Ernest Hemingway.

In gorgeous black and white images, Hemingway’s Paris depicts a story of remarkable passion—for a city, a woman, and a time. No other city in any of his travels was as significant, professionally or emotionally, as was Paris. And it remains there, all of the complexity, beauty, and intrigue that Hemingway described in the pages of so much of his work.

It is all still there for the reader and traveler to experience—the history, the streets, and the city. Restaurants, hotels, homes, sites and favorite bars are all detailed here. The ninety-five black and white photographs in Hemingway’s Paris are of the highest caliber. The accompanying text reveals Wheeler’s deep understanding of the man; his torment, talent, obstacles and the places of refuge needed to nurture one of the preeminent writers of the twentieth century.

Moved by the humanistic writing of the man—a writer capable of transcending his readers to foreign settings and into the hearts and minds of his protagonists—Wheeler was inspired to travel throughout France, Italy, Spain, Africa, and Cuba, where he has sought to gain insight into the motivation behind Hemingway’s books and short stories. As a teacher, lecturer, and photojournalist, he set out to capture and interpret the Paris that Ernest Hemingway experienced in the first part of the century. Through his journal and photographs, Wheeler portrays the intimate connection Hemingway had with the woman he never stopped loving, Hadley, and with the city he loved most, Paris.

● If you want to link to Hemingway's Paris book page, please use the codes provided below!
L
C 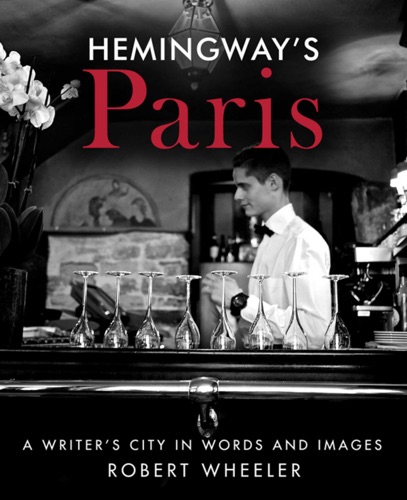