The Crucible meets True Grit in this riveting adventure story of a fugitive girl, a mysterious gang of robbers, and their dangerous mission to transform the Wild West.

The day of her wedding, 17 year old Ada's life looks good; she loves her husband, and she loves working as an apprentice to her mother, a respected midwife. But after a year of marriage and no pregnancy, in a town where barren women are routinely hanged as witches, her survival depends on leaving behind everything she knows.

She joins up with the notorious Hole in the Wall Gang, a band of outlaws led by a preacher-turned-robber known to all as the Kid. Charismatic, grandiose, and mercurial, the Kid is determined to create a safe haven for outcast women. But to make this dream a reality, the Gang hatches a treacherous plan that may get them all killed. And Ada must decide whether she's willing to risk her life for the possibility of a new kind of future for them all.

Featuring an irresistibly no-nonsense, courageous, and determined heroine, Outlawed dusts off the myth of the old West and reignites the glimmering promise of the frontier with an entirely new set of feminist stakes. Anna North has crafted a pulse-racing, page-turning saga about the search for hope in the wake of death, and for truth in a climate of small-mindedness and fear.

Quick read that kept me wanting more. A little disappointed with the ending

a good, fast read. some things frustrated me, and some things warmed me. I wished it had been longer, but maybe the rest is for another book. I'll keep my eyes peeled and my gun holstered...

Anna of the North is the solo project of Anna Lotterud, an Oslo-based Norwegian singer-songwriter from Gjøvik. Originally formed as a duo with producer Brady Daniell-Smith in 2014, their debut studio album Lovers was released in 2017. Daniell-Smith left the group in 2018, with Lotterud continuing to use the name. The second album, Dream Girl, released in October 2019, was made by Lotterud in association with various producers. The music has been regarded as "soft, soul-baring electro-pop". Early life Anna Lotterud (dob c.1989)was born in the small town of Gjøvik in Norway. Her father was a musician. She studied graphic design before moving to Melbourne for further studies. Music career Dur...

● If you want to link to Outlawed book page, please use the codes provided below!
L
C 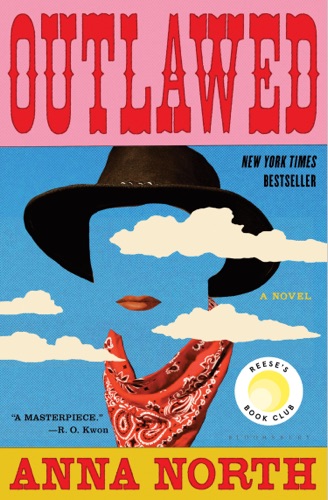