Penny doesn't remember much about her childhood and what she does remember isn't all that great. She and her mother moved too many times to a series of cheap motels. There were too many men visiting her mother and none of them were her father. As for her father, all Penny knew was that he was rich and dead.

Found abandoned on a deserted beach on the Salish Sea when she was four years old, Penny didn't even know her own name. Shunted from one foster home to another, she struggled to overcome the odds. Now, as a student on scholarship at Washington State University, there's still a hole in her heart and her life where a family should be.

When a Police Detective from the Victoria, B.C. Police Department calls to inform her about remains that were identified as belonging to her mother, Penny starts a quest to find out what happened the day she was abandoned and who her father really is. She enlists crime reporter Tess McClintock and Michael Carter to help her find her family, but when they start uncovering Penny's past, not everyone is happy to learn their connection to the girl with no name.

This book is great for many reasons. It has a captivating story line. The characters are well developed. Ms. Lund tells a story that must be told…over and over again. There are lots of evil sick people out there. This book informs the reader of the atrocities that are committed and the good folk who try to stop them.

How many times does one need to read that most body parts washing up in the Salish sea are due to suicide? Or that it was horrible that a 4.5 year old was left alone on a beach and ended up in the foster care system? It seemed that at least 20% of the book said the same thing over and over.

WOW!!! I could hardly put it down. Such a hennish crime that goes overlooked every day. From a child of sexual abuse from family members I can relate. I pray that this will end but know we live amongst monsters. Hopefully we can make a difference & change the world to open their eyes & recognize this really exists. Thank you for writing this book.

Penny was left on a beach by her mother and ‘friend’ when she was 4. She never knew her name or father. As she got older and at university she began a search. Unfortunately, a good father was not what she found. It will be a miracle if she survives the search.

I couldn’t get far in this book bc it really irritated me. The initial two chapters were well written, engaging and hooked me but then it became a repetitive, overly complicated story with far too much introduced to keep track. Try rewriting with a prologue to explain where the present day Seattle story starts giving one line character details to save having to put it all into the narrative.

The Golddiggers was a female singing and dancing troupe created for The Dean Martin Show. They performed on TV, on live tours and internationally with the USO. The group was formed in 1968, dissolved in 1992, and reorganized in 2007, and has numbered between four and 13 members over various time periods. The act debuted on The Dean Martin Show, and was later featured in a summer replacement television series over three seasons. In addition to backing Martin on his show and in his nightclub act, the group performed on their own on other TV programs, in live venues, and in three of Bob Hope's Christmas tours. Several members of the original (1968–73) troupe continue to perform as "The Golddiggers", while other former group members perform in other acts, in groups or as solo artists. History The original idea to form a group of singer-dancers that would be called The Golddiggers grew out of a need to find a vehicle that would hold the attention of audiences during the summer months whe...

● If you want to link to The Salish Sea book page, please use the codes provided below!
L
C 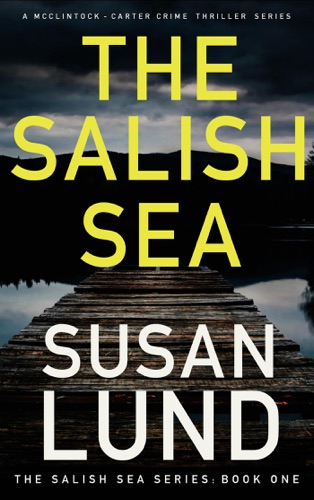