My boyfriend was desperate for money.
But I never thought he’d sell me to his boss to pay his debts!

Daisy’s an innocent waitress trying to support herself and her sick dad. She’s got a boyfriend, but Ralph has serious problems, including debts he can’t pay.

Brick is a corporate titan with wealth and power at his fingertips. When his employee Ralph screws up big time, he demands compensation … in the form of the sweet, creamy Daisy, Ralph’s girlfriend!

Hey Readers -- This one is off-the-charts crazy and ridiculous between our innocent virgin and the alpha billionaire who always gets what he wants. But if you’re looking for a good time, then this book is gonna satisfy that craving. As always, read with an ice cold drink nearby because you’re going to need it! :) Love, Cassie and Kendall

If you like wattpad stories, you’ll love this. An 18 year old virgin gets sold to a 40 year old man by her boyfriend. The sex trafficking and the 22 year age gap wasn’t sexy to me, so I didn’t finish it.

Cassandra Dee partners up with Kendall Blake and produces a better book than the few I’ve recently read, so I’m proud of her! Better characters, better character development, better plot development, and even better understanding of BDSM without making this book sound like a sexual guide into BSDM 101, thank you so very much! (Warning! Spoilers ahead!) Daisy is a meek and placid virgin who is the daughter of an alcoholic father and a drug-seeking mother who had overdosed a year prior to the story’s start. Her boyfriend-only-in-name pimps her to his rather twisted bastard of a boss (but with a cold but possibly golden heart) who is fascinated by the purity shining from her when the sniveling brat shows his employer a smartphone picture of her. Brick (which is a weird name for starters) who is a BSDM dom offers the jerk $300K for just one month’s time with his girlfriend with the full intention of training her to his liking, have his fun, then dump her back onto his employee to deal with the consequences, but life shifts a bit. Never one for a real relationship, he finds himself wanting something more permanent from her. She’s not sure what she wants other than, perhaps, some control over her life at the very end of the tale. I far more enjoyed her main characters in this story than in previous books I’ve read by Cassandra Dee. (I haven’t read anything by Kendall Blake, but this person appears to have been a better influence on Ms. Dee. I will need to look more into this writer in the future!) It is better in the editing department but not at the level I’m used to. I found the story lines to be less template and followed a more realistic point of view which didn’t disturb my suspension of my disbelief. That was a huge factor in my liking this book. Better fleshing out but still lacking a bit. Brick deals with the weasel of the boyfriend in the end. Instead of trampling all over Daisy while she’s attempting to gain more control over her life and grow up for realsies. That was unexpected but a totally realistic move. That sold me more on this storyline than in other works by Ms. Dee. I doubt I would have spent as much money on their books in the future. The page count didn’t warrant that kind of price in my book. It isn’t available on KU, and I have yet seen it as a give-away in any of the downloadable sites.

Lisa Doreen Boyle (born August 6, 1964) is an American model known for her appearances in Playboy magazine and its various Special Editions. She is also a freelance photographer, shooting content for various publications. Early life Boyle was born in Chicago, Illinois. She graduated from Chicago's Steinmetz High School in 1982. After high school, she headed off to Kailua, Hawaii, with a friend and worked as a waitress. A few months later, she returned to Chicago and for a short while before moving to Los Angeles. She ended up getting a job at a Hard Rock Cafe. Career After she broke up with her boyfriend, Boyle decided to become a nude model. She got an agent and within a month was signed...

● If you want to link to My Boyfriend's Boss book page, please use the codes provided below!
L
C 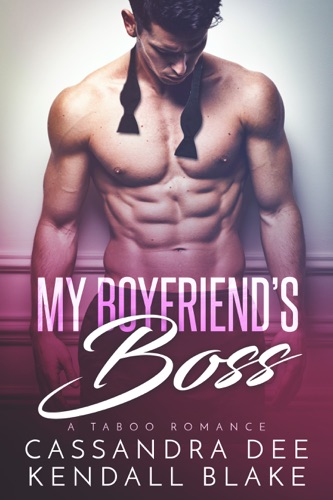