Money often costs too much…

She's used to getting what she wants when she wants it, and when a sexy newcomer rolls into a gala in January she sets her sights on him. He comes from dirty money and he has a bad reputation… and she's been itching for some excitement.

Lucas Vialle is up against the boards. A deal that went bad last year has his name marked with scorn but he won't give up. When he meets Billie, the daughter of Norman Cross, who hails from very old money, things turn around for him. He finally has something to pursue other than trying to escape the bad press that keeps following him.

Of course, he didn't expect her to have already drawn the same conclusions about him as the rest of the city.

And he certainly didn't expect her to only be interested in him because of the bad things she thinks he's done.

Note: This is book 1 in a 3 part series. All your questions will not be answered in the first book :)

Lexy Timms wiki coming soon...
● If you want to link to Dirty Money book page, please use the codes provided below! 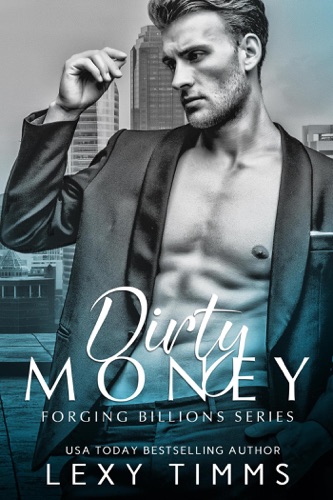