Rev. Johnny Fletcher serves wounded soldiers from the battlefield as a military chaplain  during World War II. His forté is spiritual solace in the darkest of times, but his life changes when he performs a public heroic act: facing down an angry mob intent on attacking five young Holocaust survivors. Upon learning they have no homes or families to return to, Fletcher decides to bring them to America.

To his dismay, his coal-mining community of Barryfield, Pennsylvania, greets this makeshift family with prejudice and distrust. Beneath the town’s placid surface run buried religious divisions. Fletcher’s commitment to raising the children according to their individual faiths—two Protestant, two Catholic, and one Jewish—meets with horrific levels of intolerance. Dealing with such prejudice turns more sinister still when a local newspaper publisher cynically uses the story for his own purposes.

Together with Lorry Summerfield, the beautiful, disillusioned daughter of Barryfield’s most powerful figure, Fletcher must try to awaken the townspeople to the better angels of their nature before it’s too late.

Janet Miriam Holland Taylor Caldwell (September 7, 1900 – August 30, 1985) was a British-born American novelist and prolific author of popular fiction, also known by the pen names Marcus Holland and Max Reiner, and by her married name of J. Miriam Reback. In her fiction, she often used real historical events or persons. Taylor Caldwell's best-known works include Dynasty of Death, Dear and Glorious Physician (about Saint Luke), Ceremony of the Innocent, Pillar of Iron, The Earth is the Lord's (about Genghis Khan) and Captains and the Kings. Her last major novel, Answer As a Man, appeared in 1980.
● If you want to link to Tender Victory book page, please use the codes provided below! 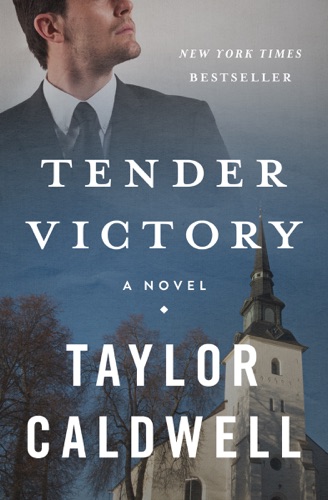