Murder at the Marina by Ellen Jacobson Book Summary

What would you do if your hubby gave you the worst anniversary gift ever?

Mollie McGhie is hoping for diamonds for her tenth wedding anniversary. Instead, her clueless hubby presents her with a rundown boat. She's not impressed.

When she discovers someone murdered on board, things get even worse. Mollie hopes it will convince her husband to rethink his hare-brained scheme of sailing off into the sunset. Instead, he's more determined than ever to fix the boat up and set off to sea.

Poking her nose in where it doesn't belong, Mollie finds herself drawn into the tight-knit community living at Palm Tree Marina in Coconut Cove, a small town on the Florida coast. She uncovers a crime ring dealing in stolen marine equipment, eats way too many chocolate bars, adopts a cat, and learns far more about sailing than she ever wanted to.

Will Mollie be able to discover who the murderer is before her nosiness gets her killed?

Murder at the Marina is the first book in the hilarious Mollie McGhie mystery series. If you like quirky characters, adorable cats, and plenty of chocolate, you'll love this cozy mystery. Grab your copy today and laugh out loud from the first page to the last.

Spoiler Alert: You'll be craving brownies by the time you finish this book!

Prequel—Robbery at the Roller Derby

#1—Murder at the Marina

#2—Bodies in the Boatyard

#3—Poisoned by the Pier

#4—Dead in the Dinghy

#5—Shooting by the Sea

#6—Overboard on the Ocean

Murder at the Marina by Ellen Jacobson Book Reviews

Rize is a 2005 American documentary film by David LaChapelle, starring Lil' C, Tommy the Clown, and Miss Prissy. It documents the culture and competition surrounding two dance forms known as Clowning and Krumping. Rize was executive produced by Ishbel Whitaker, Barry Peele, Ellen Jacobson-Clarke, Stavros Merjos, and Rebecca Skinner. Rize was produced by Lions Gate Entertainment with a production budget of $700 thousand. It was released domestically on June 24, 2005 and grossed $3.3 million at the box office. Synopsis Rize is a documentary following an interview schedule of two related dancing subcultures of Los Angeles called Clowning and Krumping. The first series of interviews introduces...

● If you want to link to Murder at the Marina book page, please use the codes provided below!
L
C 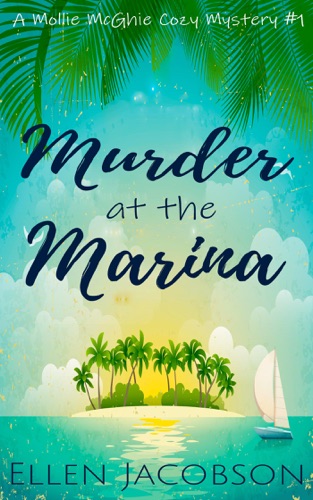