He was more than just a man…

Dr. Elizabeth Parker didn’t like wild, dangerous men…yet she still found herself falling for sexy Navy SEAL Sawyer Cage. He was her exact opposite—a  man she should definitely stay away from, a man who lived for the thrill of danger…but he was also the man she found herself wanting more than any other.

But their secret relationship ended in heartbreak when Sawyer was killed on a mission.   Grieving for him, the last thing Elizabeth ever expected was to find Sawyer listed as a test subject for the top secret government project she was heading—a project called Lazarus.

For years, Elizabeth had worked feverishly to unlock the secrets of life and death, and with her Lazarus formula, she finally thought she’d made a break-through.  Only she never expected to use Lazarus on her lover.

But the choice is taken out of Elizabeth’s hands…

Sawyer is given the Lazarus formula, and he’s transported to a remote government facility.  At that facility, Sawyer wakes once more, only he’s not the same man. He’s stronger, he’s faster, his reflexes and his senses are ten times better than an average man’s.  The government calls Sawyer a super soldier… Elizabeth still calls him…hers.

Unfortunately, Sawyer has no memory of his life before Lazarus.  All he knows is that something about the sexy doctor awakes a primal response in him. He wants her, and he’ll do anything to possess her. Soul-deep, he feels that she was meant to be his.

Death waits in the darkness.

But something is wrong inside the Lazarus facility.  The test subjects are holding back secrets, and danger seems to lurk in the air.  The Lazarus subjects are super-human now, and some of those subjects have a very, very dark side. Twisted cravings drive them to the very edge of sanity.  Can Sawyer keep Elizabeth safe from the madness around them…or will the growing darkness consume them both?

Fiction but fine story with lots of interesting characters.

So good. I couldn’t put it down!

Great story telling. Romance, thriller, mystery, suspense and action all rolled into one. Your nerves will be on edge in the most fascinating way. I couldn’t stop reading it. It’s so addicting. I would definitely recommend it!

I really loved this book one of my fav I read this year and so far have read 63 books I would love to here of this couples story even more :)!!

A real page turner read the book in 12hrs

In.freakin.credible!!! This book was awesome! The idea of bringing soldiers back from death and making them into super soldiers is just so cool. Add in all the enhanced abilities and I was riveted. This author is known for my kind of Alphas so it’s no surprise that Sawyer is getting added to my favorites list. He is such a bada$$ that will do anything for Elizabeth. Even losing his memories when he gets brought back, he still felt the connection to her and did everything he could to protect her. I loved the idea of Sawyer falling inlove with Elizabeth all over again. Elizabeth proved her worth when she fought so hard to free Sawyer. She may be the creator of Lazarus but it’s no longer in her hands and now she has to find a way to help Sawyer and the other test subjects. This was such an exciting romantic suspense story that it had me devouring the pages. We also got to see a lot of Flynn and Cecelia who are the next in line in the series. Flynn has already proven he’ll do whatever it takes to keep Cecelia safe.There is so much potential for this series. I’m going to be waiting not so patiently for the author to publish each and every book she has plans for in Lazarus Rising. ARC provided by NetGalley.

Couples Retreat is a 2009 American romantic comedy film directed by Peter Billingsley marking his directorial debut, and written by Jon Favreau, Vince Vaughn, and Dana Fox. Vaughn and Favreau star with Jason Bateman, Faizon Love, Kristin Davis, Malin Åkerman, Kristen Bell, and Jean Reno. It was released on October 9, 2009, in the United States. The film was shot mostly on the French Polynesian island of Bora Bora. Plot Dave, a dealer for Guitar Hero, and Ronnie, a stay-at-home mom, are a typical couple raising two young children in the suburbs of Chicago. They experience various stresses including redecorating their house and raising their kids. Joey and Lucy are high school sweethearts w...

● If you want to link to Never Let Go book page, please use the codes provided below!
L
C 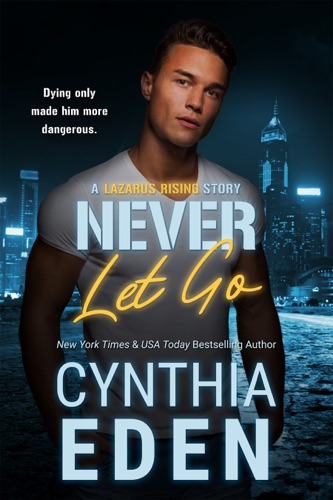