With an inheritance weighed down by scandal and debt, Benedict Laytham, the new Earl of Glenmor, is desperate to resurrect the family fortunes, even to the point of continuing his uncle's risky investments with a mysterious silent partner. But when the tides turn on his investment, financial ruin looms. Desperate to save his family honor, Benedict returns to London vowing to find a wealthy bride and to uncover the identity of his silent partner.

Once, Miss Judith Sutherland dreamed of love, but it cost her everything. Humiliated, Judith returns home to care for her dying father, but his death brings her position as lady of the manor to an end. After living far from the ton for years, she must find a new way to live, independent of any man. What better way than as a lady's companion? But a return to London means a return to the very people who caused her scandalous exile.

As danger and scandal court Benedict and Judith once again, will they surrender to their heart's desire? Or will they allow duty and pride to destroy any chance at happiness?

● If you want to link to Surrender to Scandal book page, please use the codes provided below!
L
C 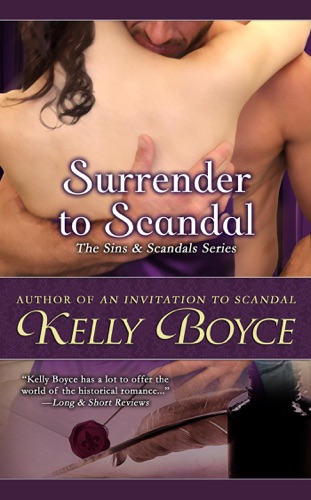